Deccan Odyssey teams had seen some amazing sights on Day 4 & 5, but nothing compared to what late in store on Days 6 & 7. Seeing the Ellora Caves is one of the highlights of the entire Rickshaw Challenge calender, and this year was no different. Here is Princely’s report: Another long day but we had our usual timing for the start. That was because Aurangabad is not a town like Pune. Aurangabad is relatively easy to navigate. The day was filled with many service calls. During the briefing we celebrated the birthday of Najwa Bowman of Team 3 ‘Alice in Rickshawland’. Following the celebration, we had a bad news as one of the Team members of Team 12 ‘Dushi’, Miyoung Ryu had fallen ill and incidentally both the teams are friends who signed up together. Quickly they were advised to take a taxi and the rickshaw was driven by the support crew to the next station. Team 5 were the first to call and it was near Ahmednagar ‘Cavalry tank museum’. They had spark plug issue and it was sorted out in no time. 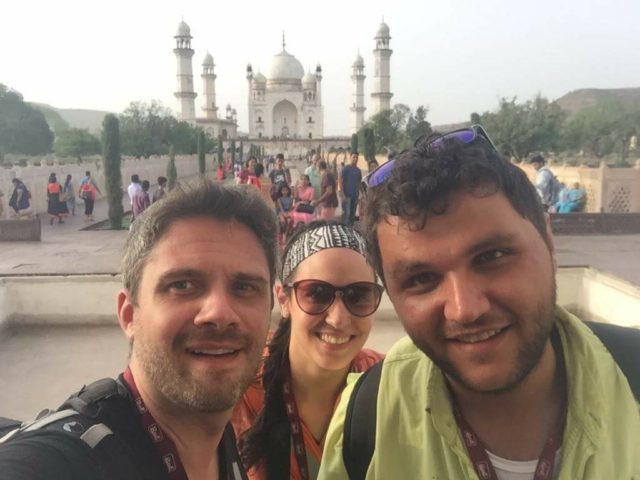 After that me and the team stopped for the lunch and continued our plan to the destination. By 3 pm I received a call from Team 2 that they had the clutch cable broken and they were at the same museum place mentioned earlier. By the time we were 30 km ahead of them. So to reach them it took 4 pm and the repair took no time. Before that the team was surrounded by 4 to 5 locals helping them in every possible way. If we had delayed for another 10 minutes they would have got fixed and started. Such is India and that is what the participants relish. Then it was pretty much a smooth drive to the base hotel. All the teams made in time and were excited about the rest day in Aurangabad. 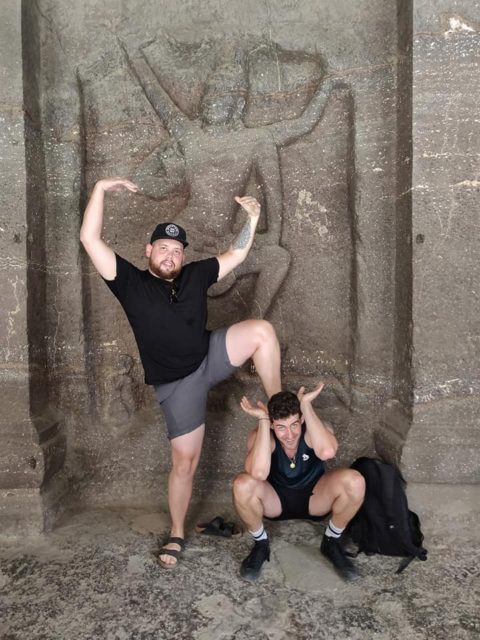 Even though it is considered a rest day, the mysterious Ellora caves did not allow me to pronounce it as such. Aurangabad has such many things to see around. Even though we did not had any briefing, we had day sheet and challenges to do. The teams were informed about the late start and all of them came to the reception around 10 am. They day went without any issues and it is evident from the photos that all had a great time in the caves. Team 11 had also messaged me that they are ready for the next day trip to Nasik. More to come, until then it’s bye from me and the teams.