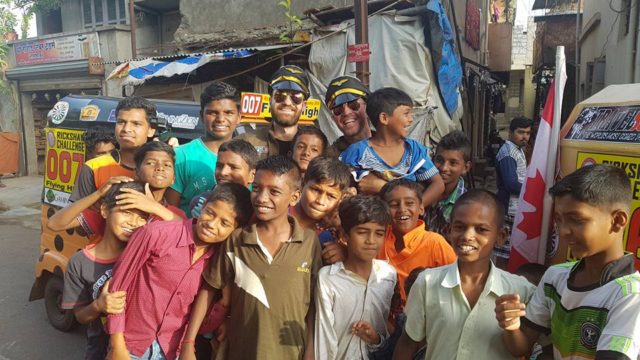 After a testing Day 3, the Deccan Odyssey 2018 headed from Belgaum to Kolhapur, and then onward to Pune. As with any Rickshaw Challenge, there were breakdowns, but also amazing sights; long days, but also incredibly rewarding experiences. Here’s Princely’s update from Days 4 & 5: 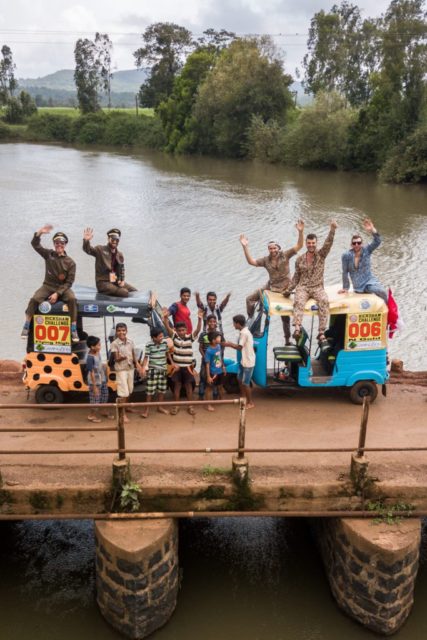 A short drive of 130 km to Kolhapur did not go without many exiting stories. Team 10’s jinxed luck continued for a second day. Despite a few new parts the vehicle still did not run smoothly. Most of the teams came straight to the base hotel and then they went inside Kolhapur to complete the day’s challenge. Team 4, Team 7 and Team 6 ‘N Gold’ did the water falls which were recommended in the day sheet. They explained it was some tough drive with a mix of bad roads and steep climbs. However, the amazing tuk tuks mastered it perfectly and all of them came in to the base hotel around 6 pm. The short day had gone well and everyone was looking forward to another exiting day and beautiful surprises.

The departure from Kolhapur was planned as an early start due the long distance; the challengers needed to drive all day. By 7.30am the briefing was done and before 8 am all the teams left the base hotel. I had no calls till I reached the Auga Khan palace. Team 9 ‘Txikas tikka’ were the first team to reach the palace to do the challenge for the day. Team 10 ‘Double Deccan’ followed them. It was a great relief to see them reach Pune without any issues, as they had so many problems after problems the previous day. After couple of hours the Palace entry was closed and we had to leave the parking of the palace. By the time I reached the base hotel there were 5 teams which had to make it to the hotel.

Then I had a call from Team 5 ‘The Rickshaw RAMraiders’ that they had broken down and they were just 3 km from the hotel. But it took more than an hour to negotiate Pune traffic, finding them, make it ready and to get back to the hotel for the mechanic team. By 7.30 pm all the teams arrived. The previous day there was an incident I would like to mention here. Team 11 ‘Bocholt Sunrise’ went to a restaurant for food in Kholapur and one of the three member left their hand bag there. The hotel people collected the bag and found out  rickshaw challenge shirt and called our office in Chennai and informed them about the missing bag. In turn my office people gave my number and the restaurant people contacted me and I collected the bag from them. It was given to them in the morning and they were super overwhelmed by the Indian honesty. To my mind they were just lucky.