Princely updates us on the third day of the Deccan Odyssey 2018. 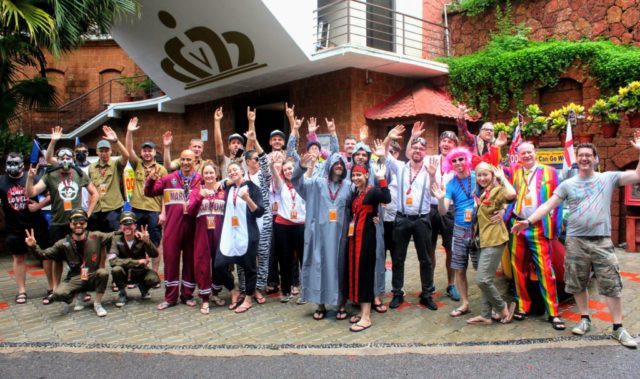 After two days of training, it was time for this Rickshaw Challenge to hit the road! The Deccan Odyssey travels a beautiful but challenging route and, as with any event, the first day let loose on the road can be daunting. Here is Princely’s report on a busy day! 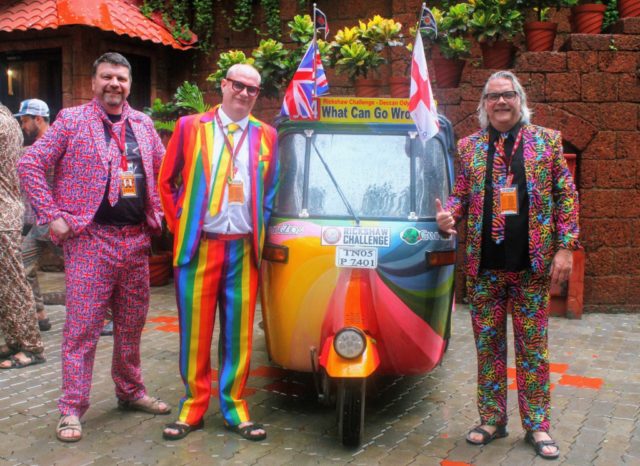 Belgaum is 130 km from Goa and is in the state of Karnataka. The real test of adventure is the mountain roads en route to Belgaum. The day started at 7.30 am when the teams dropped their bags and had breakfast. The briefing was at 8 am and we had photo session at 8.20 am. The costumes and colourful outfits ofthe  participants created an energetic environment. The day started out smoothly. The first call was from Team 9. I started from the hotel at 9.30 am and after crossing Ponda I saw team 9 were talking to police and the same police officer stopped me to check  documents. Luckily for Team 9 my visit helped the officer understand our adventure and he waved us off with good luck. 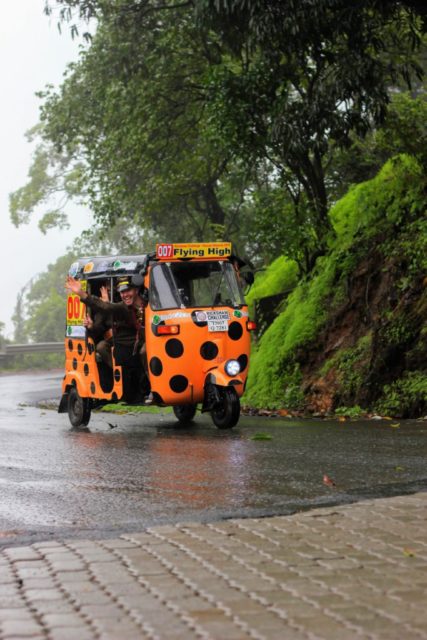 Before I reached Ramnagar, I met Team 7 ‘Flying High’ and they were worried about their fuel condition. They guessed the kilometres wrong and the uphill consumed more petrol than they predicted. Luckily I remembered a spot where we could get petrol in bottles. The team was guided to the spot and they resumed their journey further. The real trouble started after this incident. 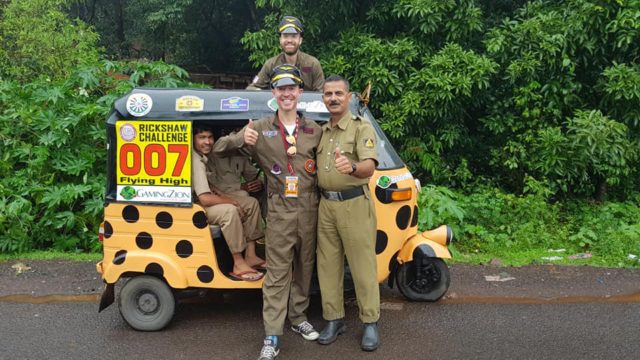 Simultaneously two things happened which made the day tedious for the next two hours. One was that the luggage van had some problem and got stranded on a different route. Secondly, Team 9 called for service at the place called Mollem. The service team were 30 km ahead of them and they needed to cover the mountain path again to catch them up. I went in search of the Genio to make a recovery or plan an alternative. The time was 2 pm and the next two hours I went completely out of coverage area. When I came in to coverage area there were couple of mixed news. Happy news is that the Genio got back limping to the hotel in Belgaum. Bad news was it was then that the service team reached Team 9. By calculations I know it will take at least 7 pm for the team 9 to reach the base hotel. 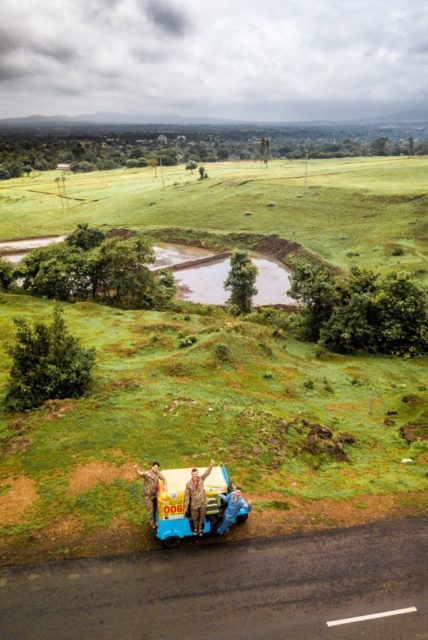 Meantime Team 10 ‘Double Deccan’ had broken down at Belgaum and they could not reach me. So the available call reached Aravind and he had to call all the available sources to reach me. But it was only after I got to the coverage area all things slowly settled down. As expected the Team 9 reached the base hotel at 7.30. Team 10 had some kind hearted Indians to help them and made their way to base hotel They were in very bad mood as they expected all to be smooth and their frustration increased due to non-reachable mobile help line situation. Finally all of the teams sat down for dinner and they all the tough times were laughed out with “King of good times” – Kingfisher beer.