On Days 4, 5, and 6 of the Deccan Odyssey 2017, the teams left Karnataka and explored Maharashtra. 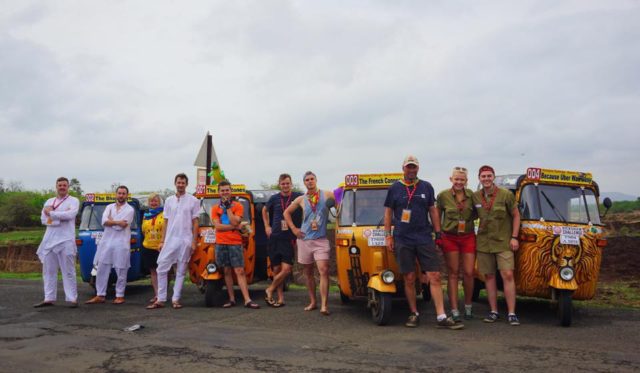 In the latest installment of our Deccan Odyssey 2017 recap, Princely tells us all about the adventures of the Rickshaw Challenge on Day 4 (Belgaum to Kolhapur), Day 5 (Kolhapur to Pune), and Day 6 (Pune to Aurangabad). The participants explored Maharashtra, challenged themselves by driving even longer distances in their rickshaws, and took some great photos! Here’s Princely’s account: 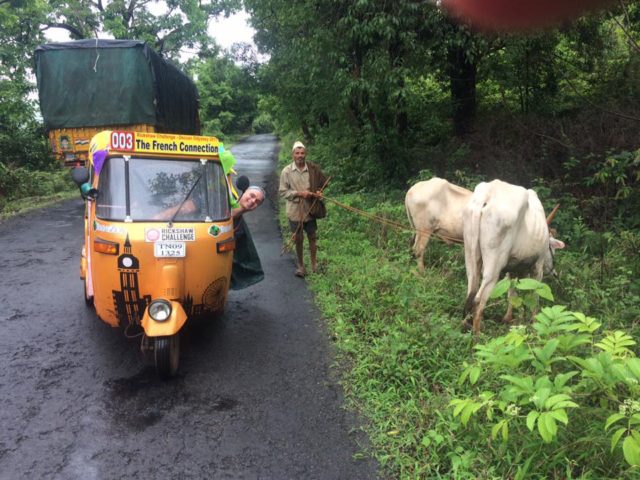 The fourth day of Deccan odyssey 2017 started from Belgaum. It had been a long night for many of the participants and when the teams came to the Lobby they were sharing the stories with me. Michel, one of the Bhaji boys (Team 2) was the earliest for the breakfast. The rest of the teams arrived at 8 am. for briefing. Being a short day of just 120 km, Team 3 the French connection decided to take a detour to a water falls recommended in the day sheet. Before 8.30 am. all the teams left for the day from the base hotel. The tempo traveler in which I was travelling took just 3 hours to reach the base hotel in Kolhapur. The first team to arrive in Kolhapur was team 2. They checked in first and went to look around the town. By 5 PM all the teams checked in the hotel and the uneventful day came to end. In the night teams searched for a good pub and the recommended bar in the day sheet was selected to wind off. 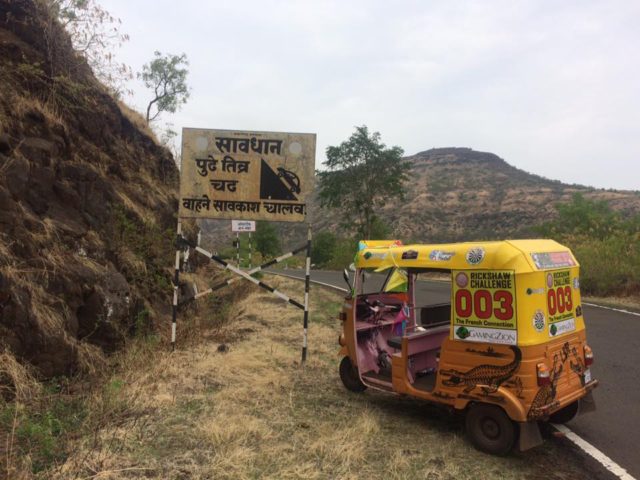 As per the day plan this was the longest day in the whole trip. The base hotel on the day was located in the outer suburbs on the Bombay bypass from Pune. Considering that in mind I briefed them at 8 AM at the hotel and explained them what is it going to be to find the hotel. Everything went smoothly and the teams arrived at the base hotel around 5.30 PM. The teams had no outing that day and all of them went to bed early. Me and support crew had tough time finding a hotel nearby and eventually landed up in a hotel which was 3 KM away from the base hotel. 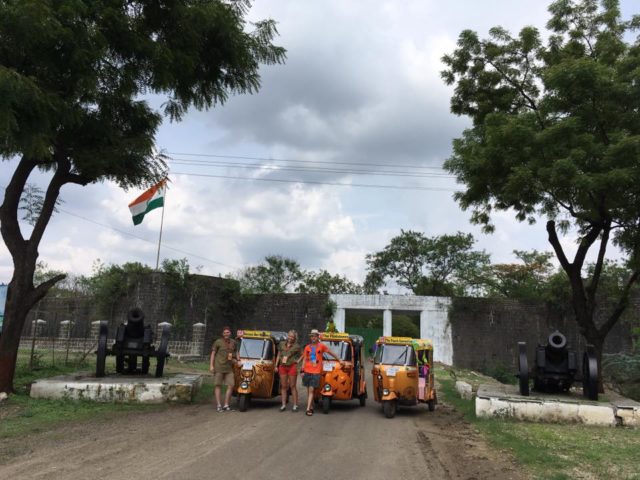 All the teams were early to the breakfast and briefing was at 8 AM sharp. Ferrying out of Pune was a challenge that day and I gave them a rough idea how the roads were going to be. There was no evidence of rain on the road from the previous as the sun was bright and shining on Pune that morning. The Support crew and I had breakfast and started at 8.30 AM. For me to get out of Pune traffic took about 3 hours. When it was around 1 PM, I received a message from Team 2 that their ‘engine died’. The support crew got to them just minutes later. Eventfully we found out that the team had lost the fuel tank and covered it with tape. The act had choked the fuel flow and caused the problem. It was really a long day and teams were really tiered when they reached the base hotel. The base hotel had a lovely bar and the teams got up there and had fun.