The Deccan Odyssey Rickshaw Challenge 2017 has begun! Teams met in Panaji, Goa, for a couple of days’ rickshaw training, before setting off to explore some of the most interesting places in India! The first stop was Belgaum, in Karnataka, and after a week of excitement the rally will end in Mumbai. Here’s the story of the first few days, courtesy of organizer Princely:

Exactly at 9.30 at the clock the first team Flintstones came to the reception and asked for the Rickshaw Challenge organizers. It did not take much time to finish the registration, once the team 4 came arrived at the hotel we winded up and moved to the next segment: briefing. I gave them all a warm welcome and briefed them about what we expect on the rickshaw challenge. Next we moved on to Practice. As the monsoon had started in Goa, rains filled the low spots of the practice ground and it added a special challenge. I gave them a good introduction of the vehicle and asked them to start the practice. All the teams picked it up really fast and they were all fluent in just an hour time. Then we practiced couple of drills and bang, time came for them to hit the road. The first challenge is to find the hotel and on the way they had to fill the petrol: one by one, all the teams successfully arrived back at the hotel. 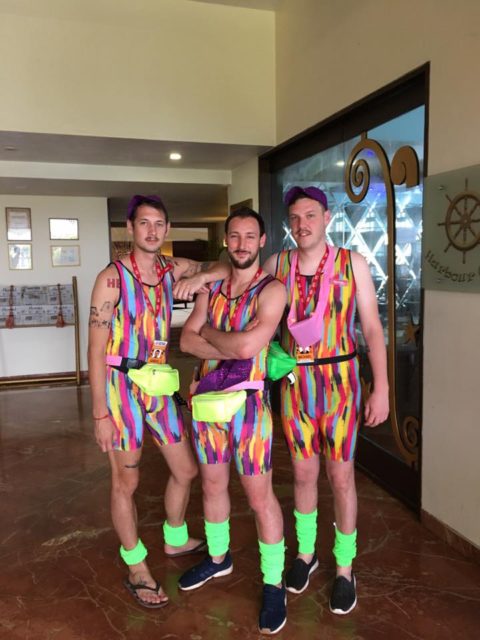 I dropped myself at the base hotel at around 10 am. At that time, a couple of teams were having their breakfast and getting ready for the mini challenge. By 11 am everyone started to explore old Goa, as mentioned in the mini challenge. All the teams had no issues except team 1. The vehicle was starting and then stopping within a short distance. James (the younger Flintstone) has a lot of interest in mechanics so tried himself for some time, but eventually he had to call me for help. The Chennai Garage team reached them and rectified the fault in the fuel supply from tank. All ended well and teams went to hit the bed early, to be fit for the first day on road. 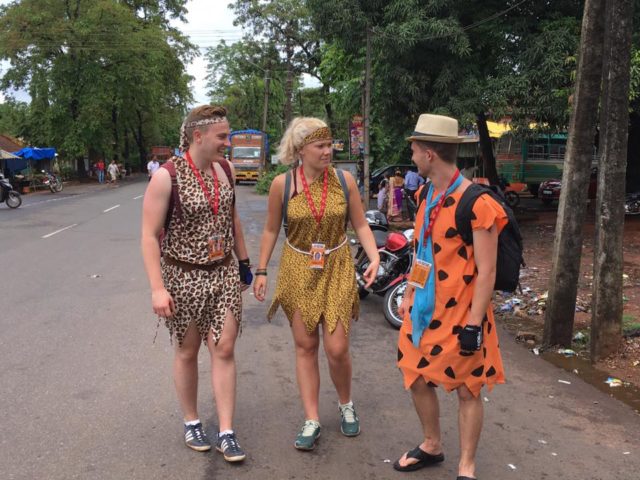 This was the most exciting day for the teams, as it is the first day they are travelling to another town. The teams were briefed at 8 am. Immediately after that we flagged them all off. The first incident on road was a small accident between team 1 and a two wheeler. I was on the scene before they could call me. The two wheeler person was behaving cool. The only damage to the vehicle was the head light dome. Only a few minutes later, I saw the guy taking a selfie with the teams! Debora (the elder sibling of the cousins) was totally awestruck to see what was happening. She said that if that would have happened in England, it would have been a serious issue. Immediately came a message that Team French connections were having a break down, just 7 km ahead of us. Minutes later I received a call from them informing me that they had just ran out of fuel. Even before we could reach them they were helped by the locals and got back on driving. When we caught up with them, their kick start was broken and it was just a 5 minutes work by the CG mechanics. 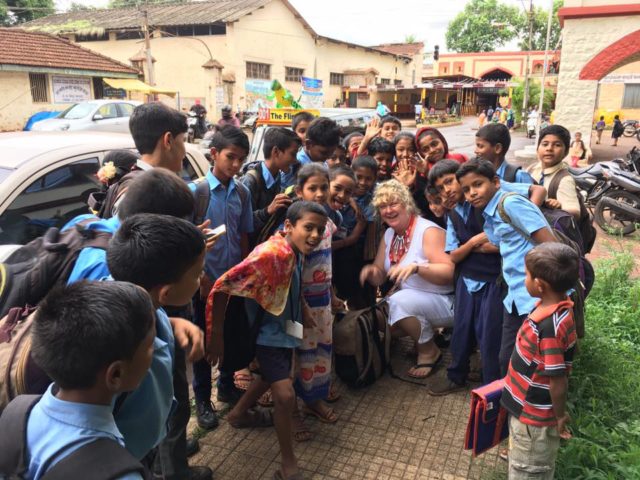 The funniest of all activity on that day was the petrol station mentioned in the petrol challenge was closed and all of them had to buy petrol from retails in bottle. Then again I got a call from Team Bhaji Boys with the same issue. It was also sorted out by the help given by team 3, who reached them before the service guys could get them. One by one the teams started reaching the base hotel at Belgaum. Belgaum was colorful as the town is preparing for the Ramzan. In the night teams sat for beers and they were sharing the lighter side of things on road. The most amazing stories were again from team 1, as they had to wait for 45 minutes in police station, as the cops wanted them to have tea. Team 2 got beers from out of who knows where: they felt like beer angel is following them. With that note I will end this first edition of Deccan odyssey 2017. See you at Aurangabad.