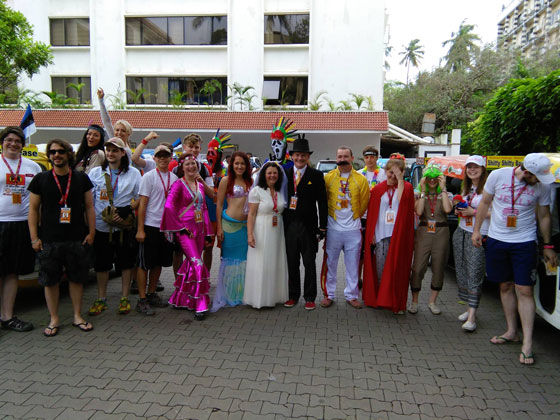 Mumbai Xpress 2016 was a great success that all participants enjoyed hugely. Here’s the story of our adventures from day nine to fourteen.

August 15 is Indian Independence day. To commemorate it, the Goa round table had arranged a school visit for that morning. This was planned well in advance and teams Two, Three, Four, Five and Six took part in it.
By the time we arrived, the flag had been hoisted in the premises and the kids were performing the skits they themselves had prepared. The Teams enjoyed the show and rewarded the children with the gifts they had prepared, together with the gifts from Round table. We waved them goodbye just before 10 a.m., and went on our way.
When I had crossed Karwar and was heading for Batkal, I ran into Team Eight who had a technical glitch in the vehicle. I checked it and it transpired that the tuk tuk had had this issue since day four. We suspected that a bottle cap was causing a blockage in the fuel tank, interfering with transmission and dampening Team Eight’s spirits. I called the service team, who promptly replaced the tank that same day. Thankfully, all went smoothly for Team Eight after this.
I’ve noticed that that there are two distinct clans that the groups have formed: the first comprises Teams One to Six, the second Teams Seven to Nine. The first one calls on the support team and staff as a matter of course, while the second one is more self-sufficient. They took care of all their own repairs as they came up and also ended up filming all the hidden treasures of India.
I reached Murudeshwara at around 2.30 p.m.; the first team to arrive caught up with me at 4.30 p.m. Some of the teams visited the beach of Agoda as suggested in our day plan. They found the big Shiva statue and the tower exciting. They also admired the view that the base hotel had. We wound up the day sharing our meandering Indian storied over a few beers at Naveen residency. 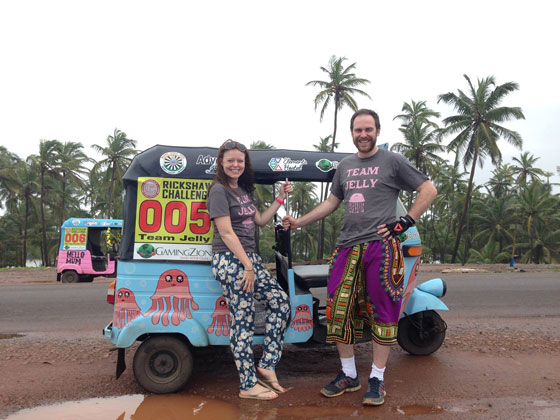 Driving through the state of Maharastra has made the participants experts drivers. They had negotiated some tough terrains, challenged by heavy rains and bad roads – all this had made them adept at handling any situation. In contrast to Maharastra, the drive from Murudeshwara is an easy task for everyone because it is pretty much a good road all the way.
Udupi is the stop in-between for a moderate challenge; most of the teams visited it and some even tried the food served in the local temple. Time just flew by on Day Ten, so we ended up discussing the next day’s drive well in advance during the debriefing. Teams were well aware that there was to be a school visit the next morning, followed by an 250-odd km drive to Mysore. 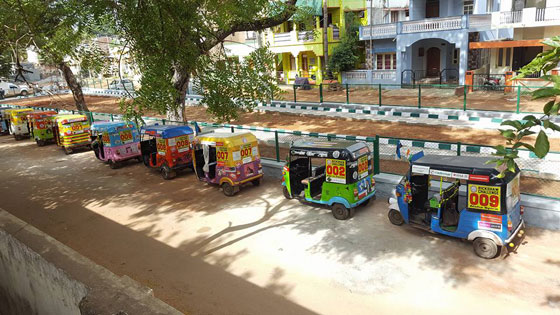 Only four teams, One, Two, Three, and Six took part in the Maglore school visit in the end, because the day is one of the longest day in the entire journey, and the rest of the teams wanted to leave early as possible. After the school visit, the teams were flagged off by the roundtable people.
On the road, I saw Team Nine attending to a glitch, and when I stopped next to them to offer help, they gave me thumbs up to show that everything was under control. They were soon back on the road.
I later learnt through Facebook that Team Eight had had some silencer issues and they had also taken care of it themselves. The long day turned out to be an uneventful one and all the teams arrived well in time and enjoyed the view of the lit-up Palace in the evening. Teams gathered in the Opium bar in the base hotel; it was a rocking session for them. 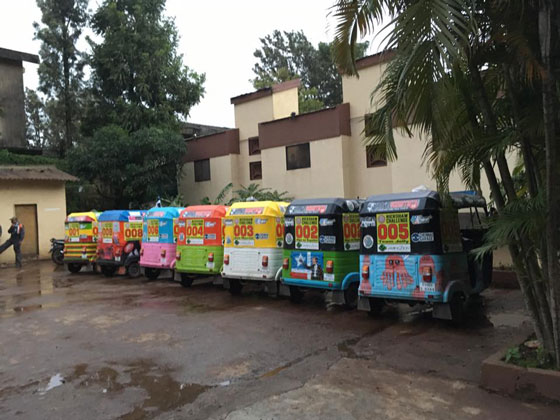 The morning in Mysore started with a school visit; we went there with all refreshed and reinvigorated. All the teams came and every one had a super time with the children at school. Many Participants danced and asked the kids to show off their moves. The kids happily obliged.
After this, Team Two and Team Six danced to a salsa tune and the kids enjoyed the small gesture from our Participants. Even though our distance from our destination was not a concern, the day’s drive ended up longer than planned, from having to negotiate the Banglore traffic and find the base hotel. In the end, all the teams made it in style except Team Three who needed some help with navigation to find the hotel.
Team Two participant Hector Gabriel from Puerto Rico had his birthday that day. He threw a party in Bangalore in the base hotel’s new pub space. All the teams went. I heard the next day it had been a wild party: some of the team members could not even get out of bed the next morning. 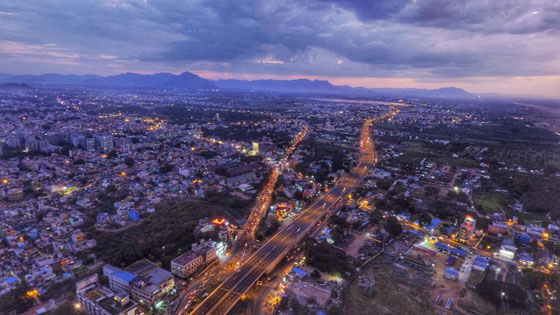 The morning in Banglore also kicked off with a school visit, but because of the birthday bash after-effects, Teams One and Six couldn’t make it. Nor did Teams Seven to Nine, who had stayed in a different hotel and decided to have early start. So in the end only four teams made it to the school. The school had a terrific band and the welcome no participant will forget. Such a warm welcome and greetings blew the teams away; everyone wanted to stick around for the rest of the day.
But we had to set off to keep to schedule. It was a smooth drive to Vellore. All teams wanted to arrive and rest early as they were still somewhat worn out from the previous day. The teams had mixed feelings about the last day: most of them were sad that the fun rally was coming to end. 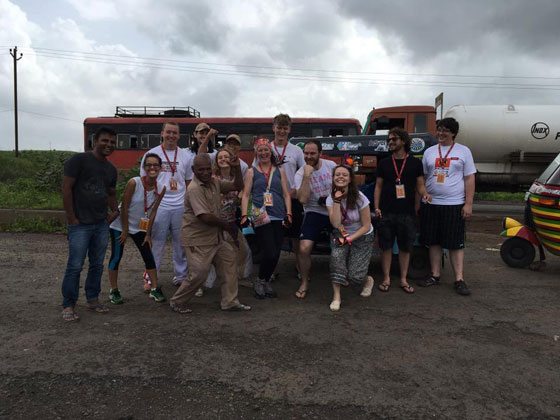 The final day started with a project visit and ended in a school. All had gone accoerding to plan and all teams had made it all the way through the rally. The school visit and the atmosphere the students created gave a fitting farewell to the great rally of Mumbai Xpress 2016. After the school visit, all teams gathered in the Elements hostel to celebrate. Everyone agreed that the countless memories from the 14 days of the rally will be staying with all the participants for a long time yet.