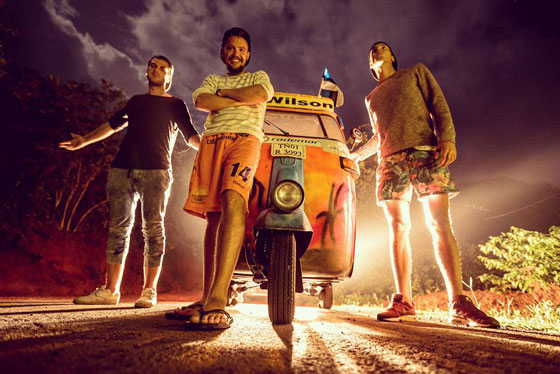 The magical adventure of Mumbai Xpress 2016 continues. Here’s what happened on days four, five, and six.
Photo By Kaspar Ratsep. 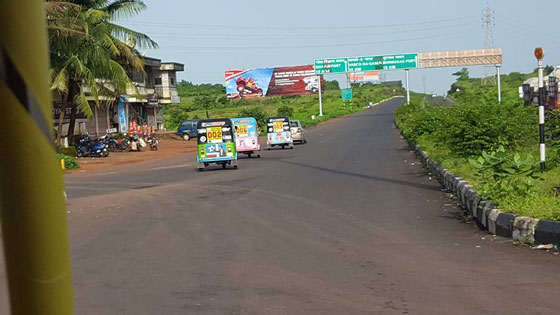 Though all tuk tuks were taken and raring to go by the crack of dawn, proceedings were soon brought to a screeching halt by Team Four’s chassis issues, in need of emergency welding, unfortunately unavailable before 10 a.m. in Pune – far too long to wait around for the fired-up throng of adventure-takers that we are. Cue a round of jiggery-pokery by our star mechanic Tiger (Thyagu),  while we stood around in trepidation. And voila: his magic took hold, and the intrepid Team Four hauled the puny tuk tuk through the urban brew of Pune and bounded for a welding shop somewhere in the outskirts of town, while still holding the day’s challenge, a visit to Aga khan firmly in their sights.

Meanwhile, Team 3 (Just Married), apparently swallowed by the maze of the city’s streets, headed off in the wrong direction. Fortunately though, when I checked the maps, I spied that there is a way for them rejoin us on the road to Mahabaleshwar. Phew!

Slowly moving through the heaving traffic of Pune, we caught up with the Team Four. As if granted by a magic djinn, the wish of a welding shop on the edge of town did indeed materialize and their vehicle was duly repaired.

Team Eight was next on the Pune Problems list, with a rather nebulous fuel transmission issue, which first slowed their journey out of the city to a crawl, then forced it to a juddering halt in the mouth of a tunnel on the way out of town. The Chennai garage team had to rush to their rescue – a task made all the harder by the absence of U-turns anywhere near the tunnel. Once the glitch was fixed, the team moved on with the plan. While they were awaiting their rescuers, by the way, they too witnessed Team Three taking their unscheduled exit out of town. But hey, any successful  exit out of Pune is better than none, if you ask me!

Reassured that all was back on track, I breathed a sigh of relief, and, as I later learnt, so did all the teams. The rest of the day unfolded smoothly  and all teams started arriving at the base hotel after 4 pm. As it is a hill station, teams enjoyed the hotel views for a bit, then, to the surprise of  the hotel staff, spilled out on the dancefloor of the small disco joint and  showed their killer dance moves til lates became earlies – pics on Facebook! . 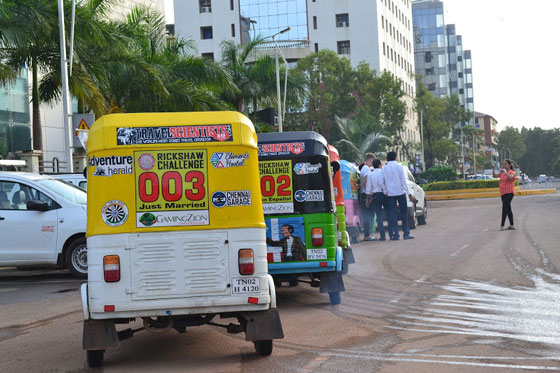 The most eventful day in the journey thus far  started off as usual, with a briefing and breakfast at 8 a.m, and were on the road by  9.30 a.m. Heading towards Mahableshware, we hit a 5 km jam on the road.  I walked out my car to find out what had happened. On the way I saw that all the teams except Team Three and Team Five were stuck in the traffic. It transpired that a truck had skidded through and blocked the road all the way across. It was another half an hour before a recovery vehicle cleared the block and traffic started moving.

The next challenge was visibility in the mountain road. Due to the heavy monsoon, the roads were washed away in many places. This made the drive to Rathnagiri the most challenging day. Team Eight had developed the same sort of problem again with their engine: they had to clean the carburetor and the tank to make them work again. Team Four lost about half an hour due to running out of fuel. But  all the teams gradually started to pick up speed, and  the first team reached Rathnagiri at about 6.30 p.m. All the teams had to drive in the dark. Team One, who had sailed through unscathed thus far, took a bad hit – though they remained unharmed, their vehicle was not in a good shape after. They ended up getting half-towed to the hotel by around 10 p.m. 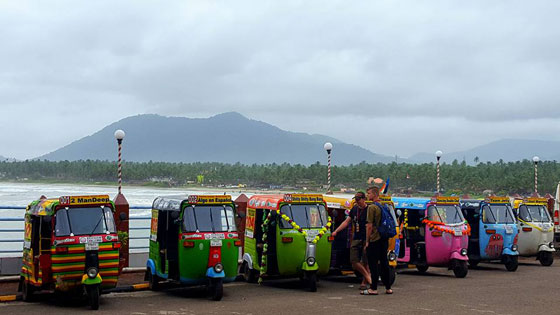 Morning was spent on a general tech check and fixing of Team One’s vehicle. After briefing, all the teams set off for the day. Team Four immediately broke down, but pulled themselves up by the wheel spokes (as it were) and bounced back just as quickly, the troopers that they are. The rest of the day went smoothly: the teams enjoyed driving through the lovely mountain views and green fields. They only needed a little tech help from the support crew in the evening, as it grew too dark for them to drive.

With tomorrow being a rest day, the teams partied in different places. The fun night will bring lot of good memories for them all. They can be proud of themselves to have the first – eventful and dramatic – half of Mumbai Xpress 2016 already under their belts! Hopefully, their excitement will fuel their enthusiasm and keep them in high spirits all through the second one.