The Classic Run is on the road! 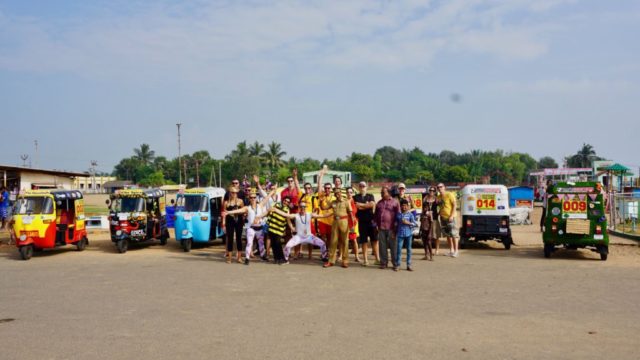 After a training day in Chennai, it was time for teams on the Rickshaw Challenge Classic Run to hit the road! There were lots of cities to see, states to explore, and excitement to be had! Here is Princely’s report from the first few days of Classic Run chaos, from Chennai to Madurai. 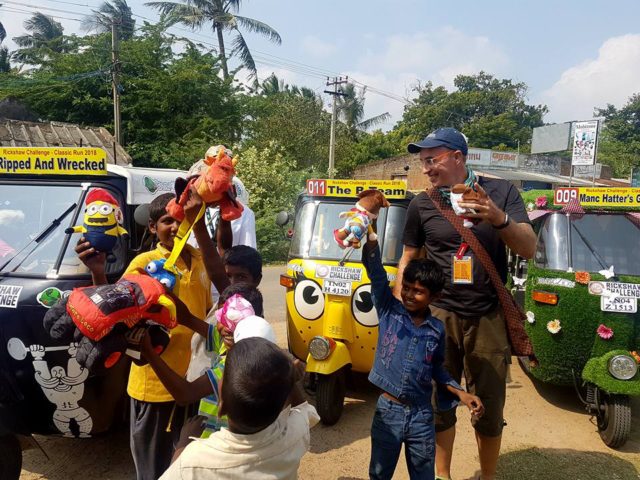 The costumes of the participants made the first day extraordinarily colorful and gave a happy mood for the first day on road. Again the briefing was done by Aravind and teams left the base hotel within half an hour after we finished the briefing. There we go, Classic Run 2018 was officially flagged off and we were off on road. All went fine for the first day and I saw a couple of teams in Mahabalipuram, mentioned in day sheet. Alambari fort was closed as there were some issues with the locals. 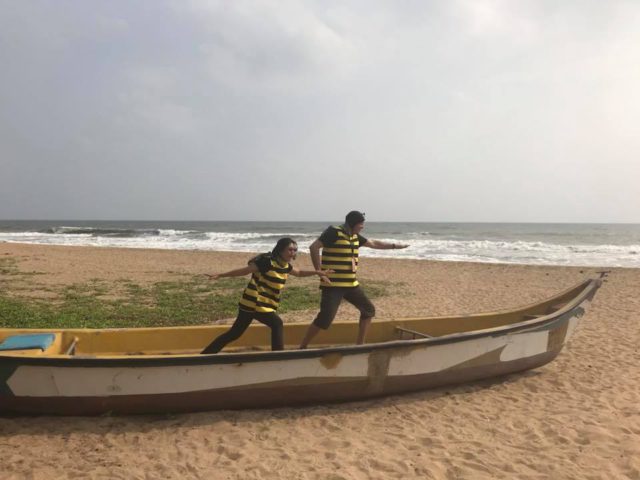 Team 15 (Temoji), had no clue how they had to navigate in spite of briefing and they came as the last team and it was 7.30 pm when we finished the day in Puducherry. The other teams strolled to the beach to enjoy the end of the day. Over beers some stories of running out of fuel and minor break downs were discussed. The mechanics attended the overnight complaints and preparation for the next day went smoothly. 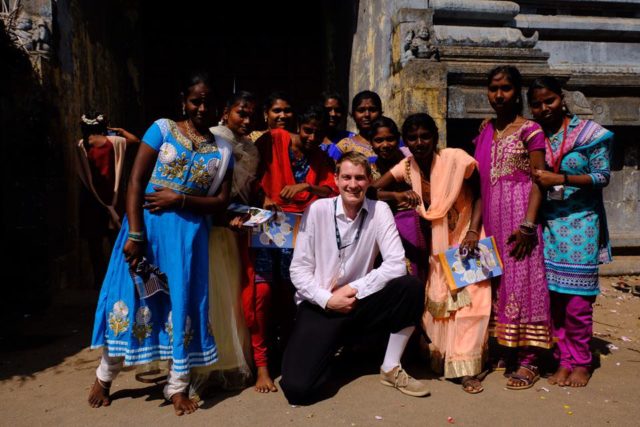 Being the longest day of the entire rally, teams were warned enough and the highlight of the day was again Team Temoji. At around 4.30 PM, I received a call from them and they had completely lost their way and detoured more than 40km. But everything fell into place as they were guided by some locals and the Chennai Garage team lead them after the town of Kumbakonam. Yet another day finished in the base hotel which had an extraordinary swimming pool. Beers by the pool, that’s sounds luxurious, doesn’t it? 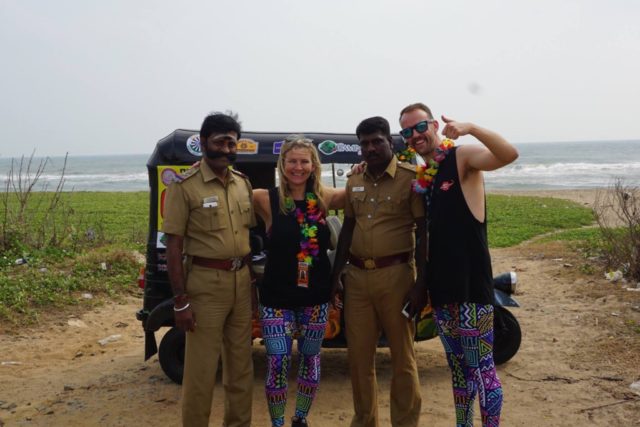 The big temple in Thanjavur was the first challenge for the participants. On my drive I met few teams at Tirumayam fort and the pictures taken at there were awesome. Special mention to Teams 11 (the B – Team) and 14 (Ripped and wrecked). Another no problem day ended up at Madurai and teams had their new year’s party… it was a long night for most of the teams! Let the fun begin. I would like to wish all the readers and regular followers of Rickshaw Challenge a Happy New Year!!!