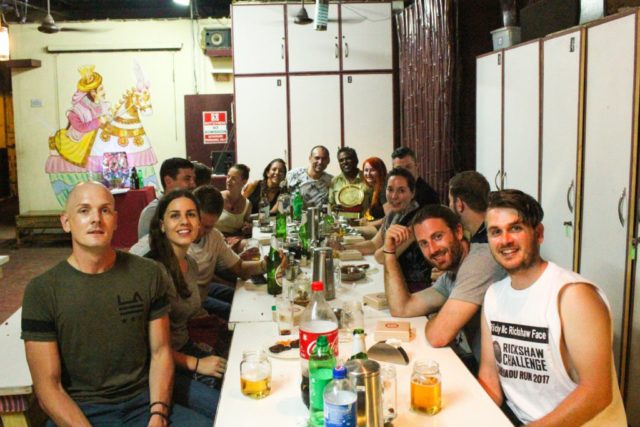 The final three days of the Tamilnadu Run Rickshaw Challenge 2017, as told by organizer Princely. 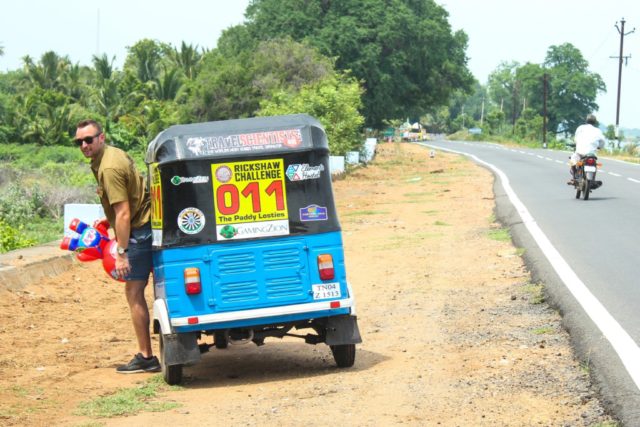 The Tanjavur Morning is the Diwali morning in India. With sound of crackers all around and a few new movie releases the roads were looking like a war zone. Busted crackers papers were everywhere. After breakfast the teams were briefed and started from Thanjavur towards Yercaurd. Team 1 ‘Moggambozos’ called me within half an hour from time they started. It was the filling mistake of oil and fuel mixture. And it was not the last time. They almost called me 4 times in the same day for the same problem. Even though the water bottle trick was explained to them they could not implement it as they thought that will be alright to do it the way it is followed in the petrol station. 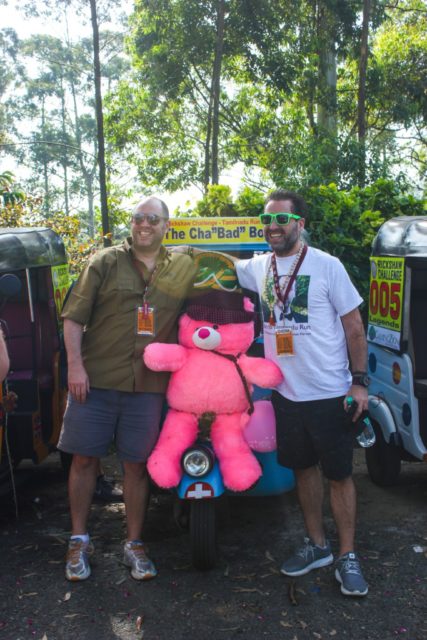 All the teams went to Tiruchirapalli, the rock fort town and some of the teams were lucky to find an elephant! As it was a Diwali day most families were out on the road and to see a foreigner in their vicinity exited them and they all queued up for a selfie. They were treated like Hollywood stars and Jemma Pawlyszyn from Team 10 resembled Angelina Jolie. The problem Team 1 had whenever they filled up continued and they lost lot of time; my guess was that they were going to be driving at dark in mountain road. 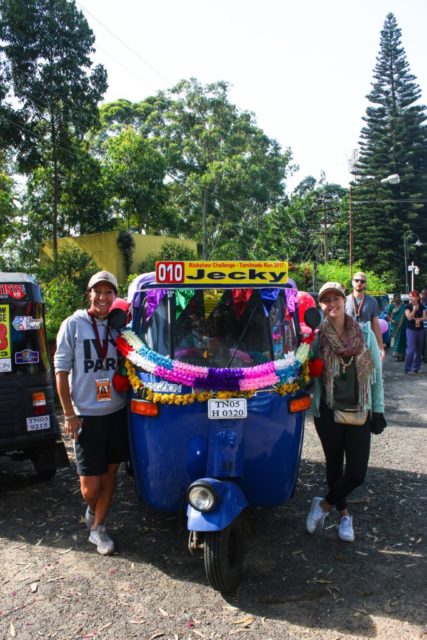 The fist team to arrive at the base hotel was Team 12 ‘Mitra Firm’. The Base hotel had a great view of the valley looking at the closest town Salem. The next team to arrive was Team 3 ‘Weightwatchers’ and they drove in at around 4.30 pm. After that the rest of the teams came in one by one before 6 pm except three teams. The three teams were Team 10, Team 9 and Team 1. Team 1 was caught up by the mechanics and they were following close to avoid any bad light issue. Team 10 and Team 9 worked together eventually to make it to the base hotel. When they arrived it was around 7 pm and it took another half an hour for team 1 to reach the hotel. All of the teams spoke about the view of the hotel and they witnessed the Diwali celebration of bursting crackers form the base hotel in Yercard. It was a mesmerizing view and even better with beer . There were some programs organized by the base hotel for Diwali and all the teams enjoyed the night thoroughly. 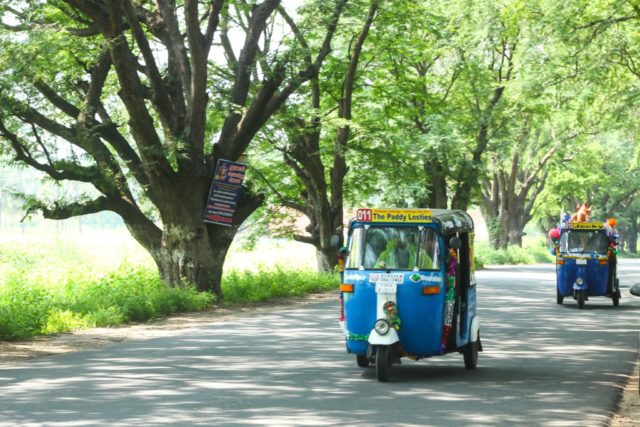 Team 13 spoke about a close call with a two wheeler and bus in the mountain path to Yercaurd and they were lucky to escape from the mishap, understood from the story I heard from them. That is why we warn you enough before you join this fun. Many vehicles consumed much more fuel than what they usually consume on mountain road. The real adventure gave all the teams an feeling of accomplishment and the peacefully valley gave them the wisdom of world where they would have least expected. A completely packed day came to end. 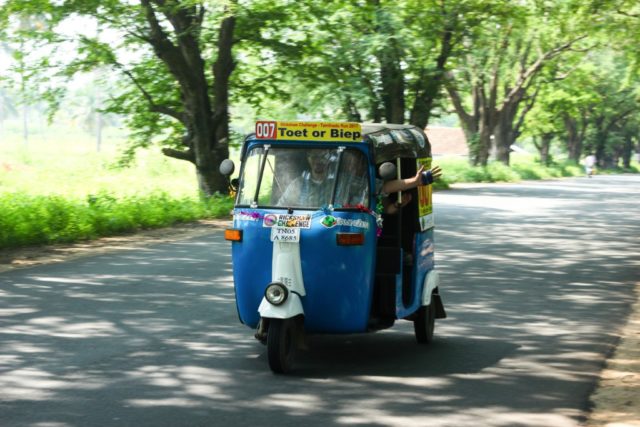 The mountain sunrise with lot of birds’ voices to wake up is like waking up in a fairy tale. The previous day crackers sound and smoke has left an effect in mind and environment. Like the calm after storm, Yercaurd morning gave a quiet feel to all the participants. Yercaud day is the judging morning for the makeover competition. Some of them made effort and some of them tried to convince me that they made effort. Whatever it was, it is a fun morning to begin with. After the briefing all the teams took the wheels and started after the judging of the competition. Team 10, Team 13and Team 7 took good effort to exhibit their makeover. 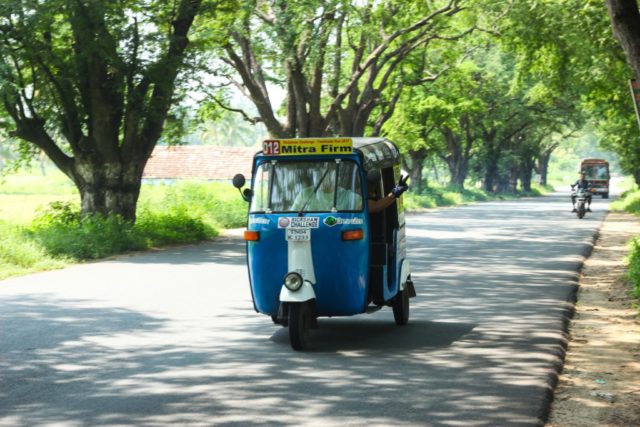 Drive to Tiruvannamalai is relatively easy drive without much calls and even though there were some calls most of them were sorted out before the mechanics could get to them. Team 7 had clutch issue before reaching Tiruvannamalai temple. It was sorted out by the mechanics in no time and they were back on track again. Team 1 to 6 tried Sathanur dam (a detour of 15 KM recommended in day sheet). Due to holiday it was crowded and they could not enjoy the place as they expected. All the teams were well on time and the day ended peacefully at a vegetarian and no alcohol hotel. Everybody enjoyed the peace there. 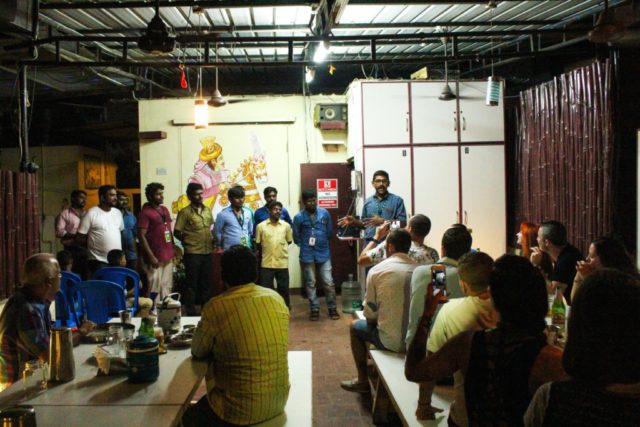 The Last day had a different twist. Team 1 to 6 (the birthday party people) wanted to celebrate the finish on their own in a expensive hotel in the outskirts of Chennai. So the briefing became a finish party Part 1. The mementos were distributed and they were awarded with the Charity award for their overall contribution of distributing many things to the school and public. Team box car 2 had a issue with the break at the start of the day. It was sorted out at Gingee fort where the teams ventured to the top of the fort to take pictures. After that it was pretty much a smooth call except few niggles from team 3 and team 1. Team 7 had their carburetor blocked and it was sorted out by the locals itself. Finally all the teams arrived safely to the base hotel and as I said the Birthday party teams also reached their hotel without any problem. 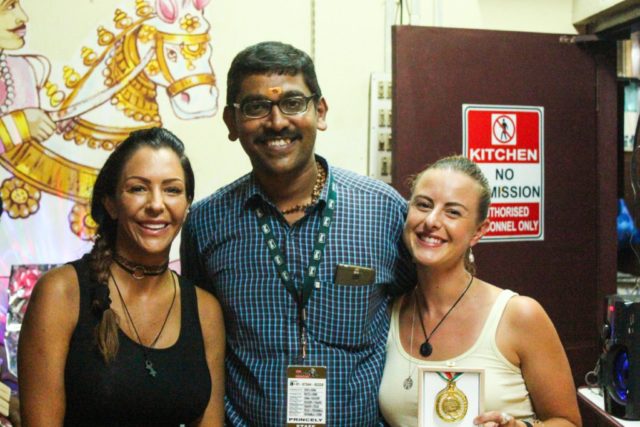 The finish at the Elements hotel was fun with some fireworks, beer and lots of sprit. Team 13 “Morning Glory” was judged as the champions and The Irish boys ‘The Paddy Losties ‘were judged the bonkers for their long stand of drinking and entertaining other teams throughout the rally. With such happy note the Tamil Nadu run 2017 came to a perfect 10 finish and all departed happily. 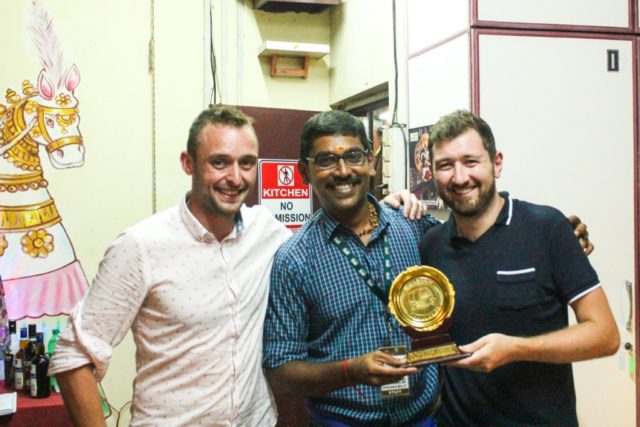 See you in next fun and until then its bye from me and the total team of Rickshaw challenge. 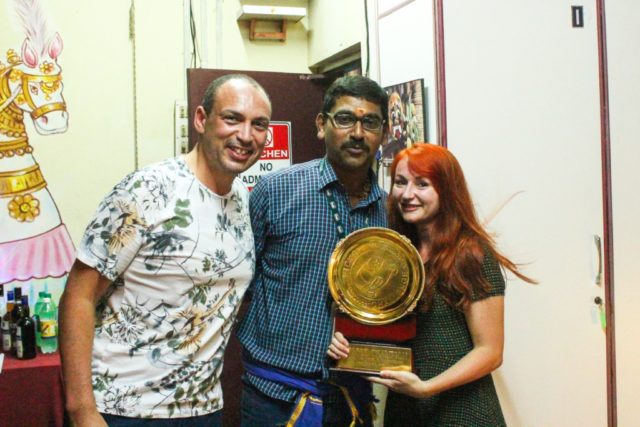