The latest from the Tamilnadu Run 2017. 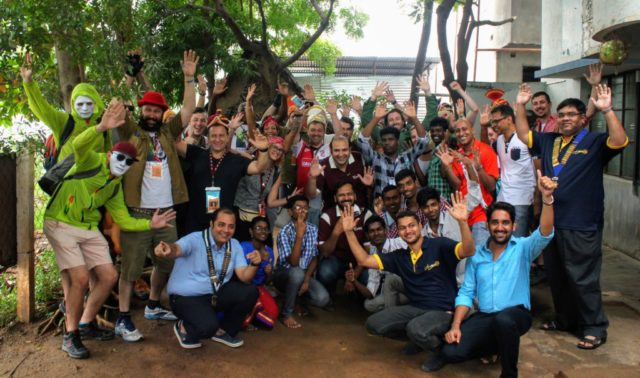 The first two days of the Tamilnadu Run Rickshaw Challenge 2017 were a great success. Here is organizer Princely with his recap of days 3 + 4: 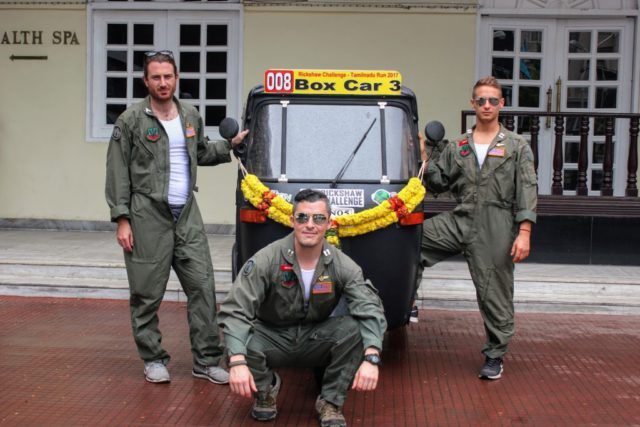 It was overcast climate in Chennai with occasional drizzles on the Monday morning of Tamilnadu Run 2017. Team 10 ‘Jecky’ who missed the first two days joined in the morning. It was around 5.30 am when they gave a message from the hotel about some issues at check in. Immediately it was sorted out with the reception and they checked in the base hotel. I went to the base hotel from my house and reached there at around 7.30 am. By that time the Chennai Garage team had assembled to receive the luggage from the participants. As a routine the bags were collected and tagged for the transport in luggage vehicle. One by one all the teams dropped their bags and went for breakfast. 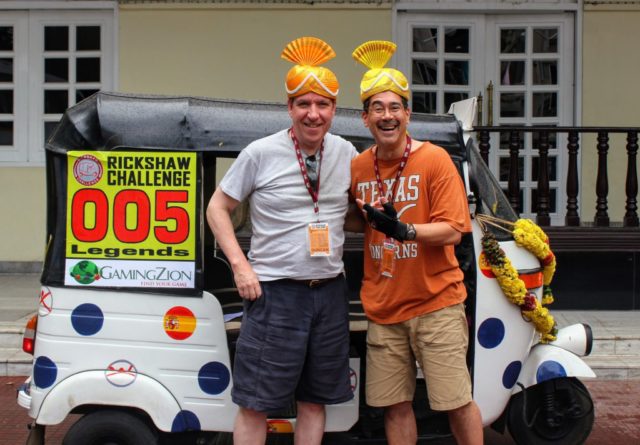 The Chennai morning briefing was held at 8.15 am. Within no time all it was over and all the teams moved from the base hotel. As usual I had my breakfast after that and started my journey towards Pondicherry. I got a call from Team 1 at around 11 am, when I was at Sadar Fort (where a challenge is based). They ran out of petrol, but before I could think about helping them, I received another call form the team saying they were helped by another team and got moving. Later I learnt that they were helped by Team 8 ‘Box Car 3’. There was absolutely no call after that except Team 4 who had issues just 5 km before the destination at Pondicherry. They were helped by the locals and they came much before the service team could reach the base hotel. 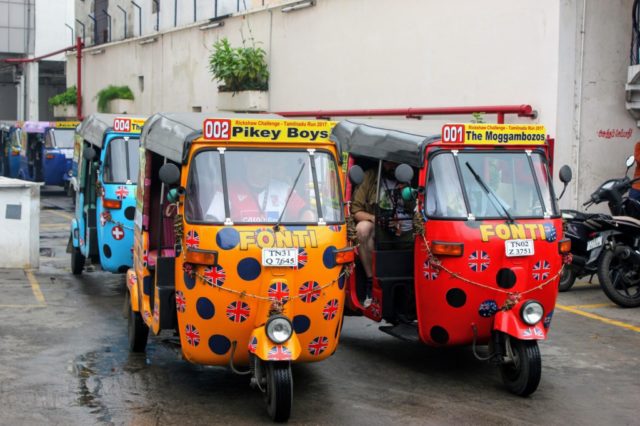 Team 10 was helped a while to ferry the Chennai traffic as they had no practice at all. Babu, our eligible and experienced mechanic from Chennai Garage accompanied them and trained them on the outskirts and they drove themselves to the destination. That is the proficiency the Chennai Garage people bring to the service of the Rickshaw Challenge. During the debriefing time I asked the team whether they were confident on taking the wheels on their own and they said thumps up for that. 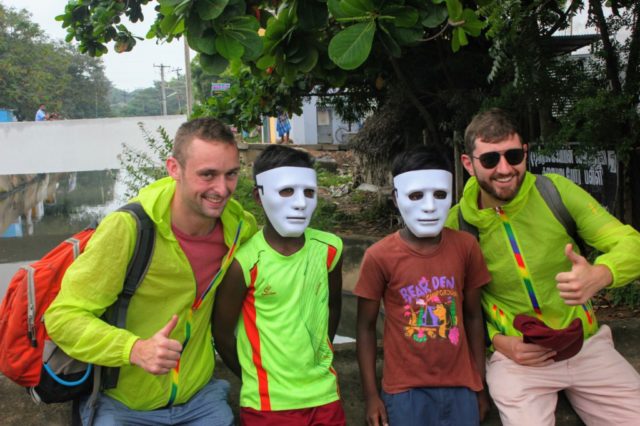 A tough day started with a school visit in Pondicherry. Briefing and then the introduction of Round Tablers went on time and all the teams were planned to convey to the school. The Round Tablers were to lead the pack. Right at the start of the convey Team 4 ‘The Cha “Bad” Boys’ had issues. By that time the convey started and we had to take the team and rest of them continued. As they were a team of 6, I could not take Spencer and Laurance, and they got a local taxi to get to the project school. Then the Chennai Garage mechanics got the vehicle right and drove it to them to hand over. 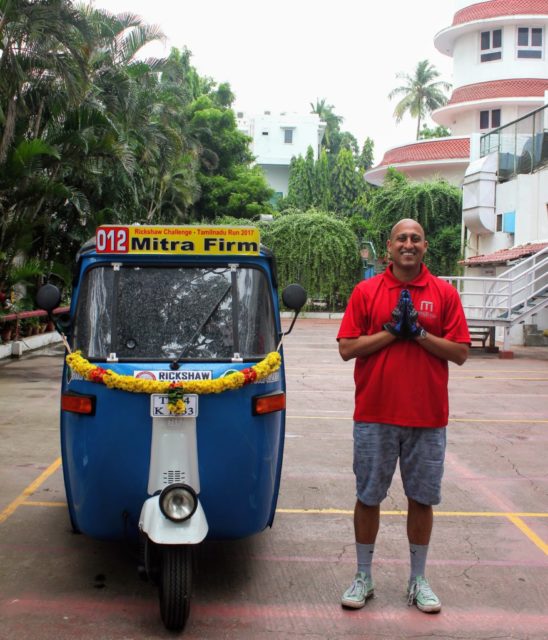 There was a call from Team 1 just after I finished my breakfast. They had flooded their carburetor, but before the Chennai Garage team could reach them they got fixed by the locals and got moving. Later in the day I got a call from Team 4 again, they informed me that their vehicle is not performing fair enough to compare with the other teams. They were at Vaithishwaran Koil that time and it got fixed in no time but the team wanted to test the vehicle for another 10 km to make sure the vehicle is in good condition. We agreed and so the Chennai Garage team followed them and eventually received a great thumps up from them. 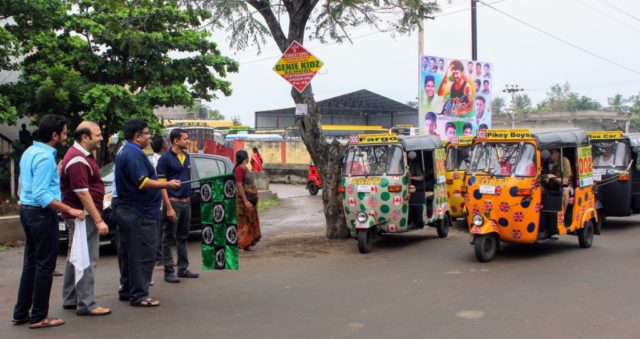 Finally at Tanjavur the town was preparing for the Diwali. The artillery road from the old bus stand to the hotel was closed and there was a sea of people who were busy shopping for the auspicious day. Every team had their own story on paving the way to the base hotel. Team 10 who had a shopping spree in various places got delayed and their last 10km was guided. Finally at the base hotel, teams had dip in the swimming pool, beer, food and loads and loads of fun stories to end the day. Thus the grueling day of Tamilnadu Run came to end.