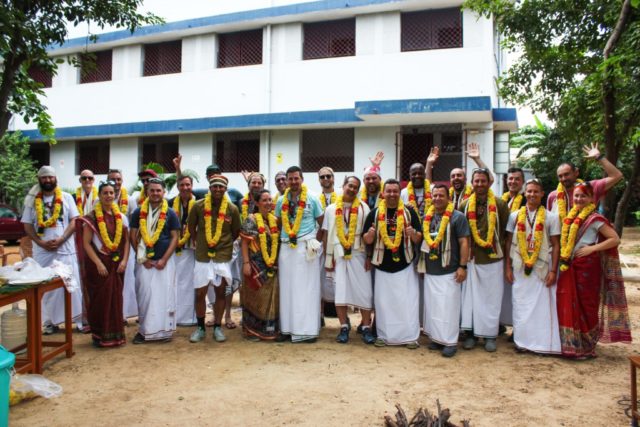 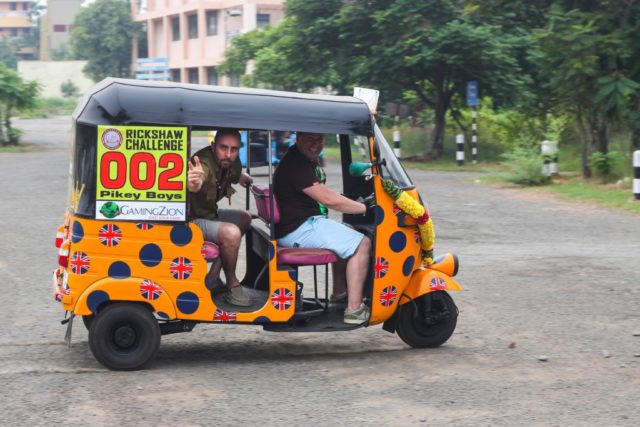 Welcome back to you all, to yet another edition of the fantastic, super crazy, adventurous Tamilnadu Run. Personally, after a grueling 14-day trip from Mumbai to Chennai on the Mumbai Xpress 2017, this 7-day rally can be compared to a weightlifter whose personal best is 100kg lifting 50kg. But that does not mean this event will be any less mad (and scary…), or that participants will be any less excited (and anxious…)! Come; lets venture in to the fun new ride with new members on the deck. 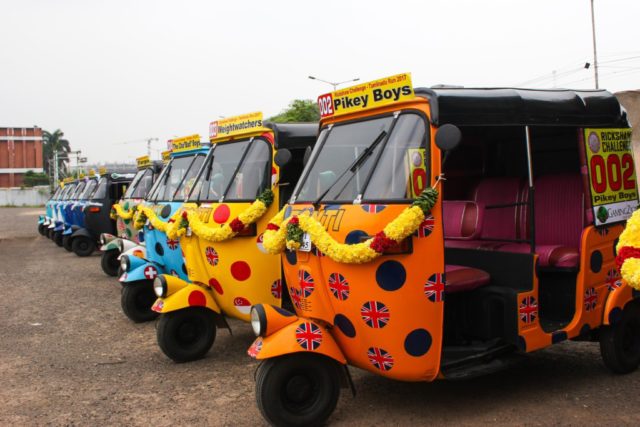 As staff of the Travel Scientists, I always look for the entry of the first person to the registration like a young bird for its first fly. Puskar from Team 12 entered the reception first — an Indian origin gentleman from USA. His parents are from Bihar (Indian state) and he was educated in Ninital. At dot 9 am on 14.10.2017 the registration of Tamilnadu Run started. Some of the teams were staying in the base hotel already and we made some notice to those guys from the reception. 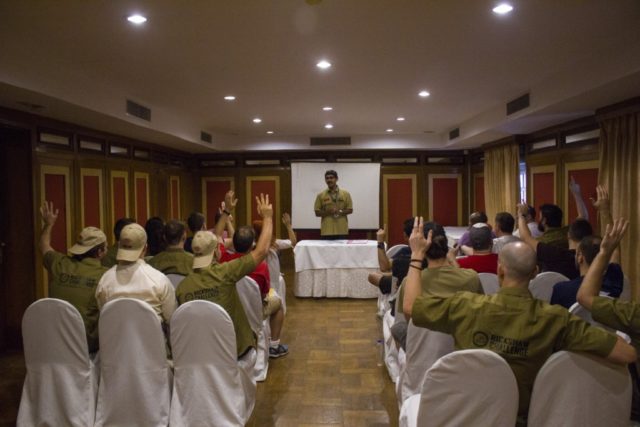 Interestingly for this rally we have 6 teams together from UK. Laurance Holyoake from UK thought to treat his friends for his birthday and guess what he chose for the treat? Yeah! The rickshaw Challenge in India. They all arrived in the same time and made the registration team gasp for air with too many people asking too many questions. Slowly and steadily the registration team of Travel Scientists brought back normalcy to the situation: their previous experiences gave them the tools to handle any situation with patience and utmost accuracy. Then all the teams registered in succession except Team 10, as they had issues with their visa and they could not make it for the start of the rally. 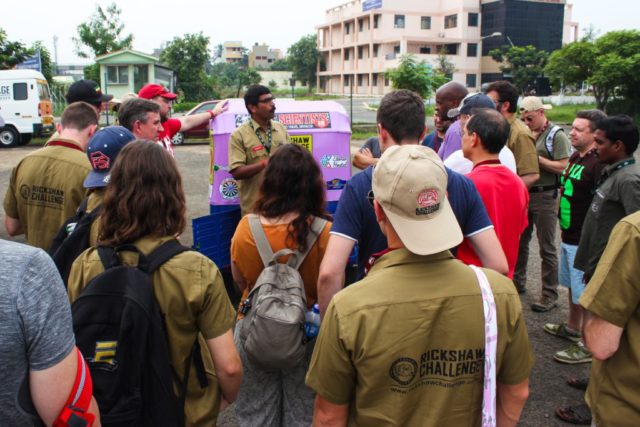 Next on the agenda was the all-important briefing. During the briefing the teams were taught that they should use their sense of humor rather than questioning the system in India. After briefing all the teams were asked to find their way to the practice ground in a suburb quite far from the base hotel. 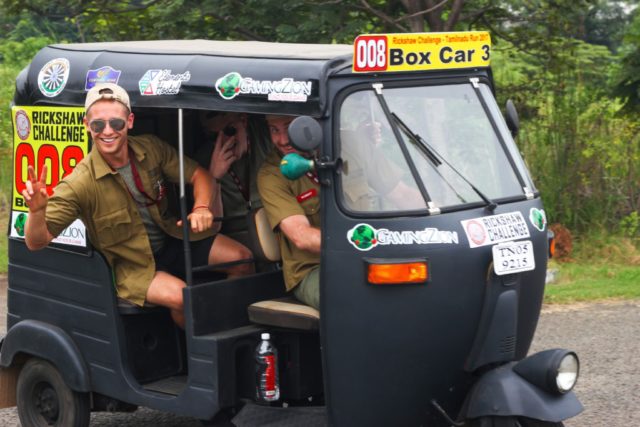 By 1.30 pm Team 13 ‘Morning Glory’ was the first team at the ground. They got there by using a local taxi tuk tuk. I believe that the driver gave them a fair idea of how to drive a tuk tuk, or rather how not to. One by one all of the teams (except Team 10) assembled at the practice ground and with a small instruction and introduction to the machine all the teams started their practice. In no time they all became good drivers. After an hour of practice they were taught a few other drills to master the Indian traffic. A small competition to test their skills was conducted there and then when they were all asked to fill up the fuel tank in the closest filling station. I went completely wrong by mentioning that there is a fuel station within 2km of the ground and all the teams held a grudge against me for that misguidance… until the welcome party that is, where I repaid them by offering a beer. 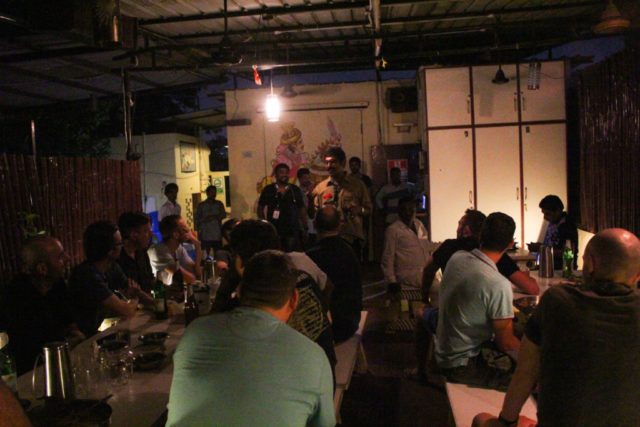 Cheers! Down came the party at Elements Hostel at around 8 pm. There were a few teams who missed the party being too tired. But the first day came to an end with the two Irish men from Team 11 ‘The Paddy Losties’ enduring the party till right till the end. They lived up to their national pride. 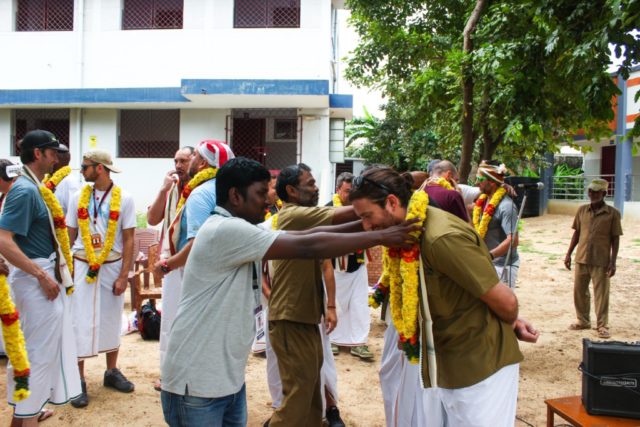 The Mini challenge day becomes a Mega challenge day for this rally. We from Travel Scientists thought of a novel idea to keep the participants interested and to feel the local culture and introduced a cooking challenge with the help of Round Table members. The cooking task was to cook Pongal, a traditional rice dish, by themselves from the ingredients provided by us. 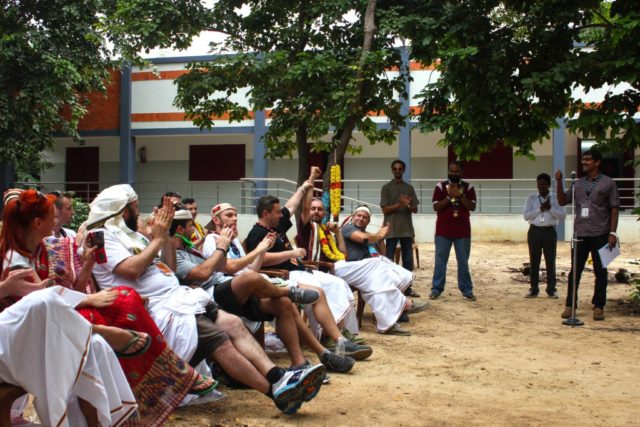 It was around 12 noon that all the teams had assembled at the lobby. After a small briefing on what is expected to be done for the day and a brief description of the route, all the teams started to the school that Round Table India support. The school is also the venue for the Pongal cooking competition. Everything went smoothly and the teams were offered dhotis and sarees (for men and women respectively). What a day it turned out to be: everyone had fun making Pongal and the eventual winner of the completion was Team 2 ‘Pickey Boys’. The teams were judged by the school teacher and the Round Table coordinator Mr Vasu. The teams were flagged off by the Round Tablers and made it back to the base hotel it was around 5.30 pm. Looking forward more fun and excitement in the coming days!