The Tamilnadu Run is now well underway, and the participants of the tuk tuk adventure rally have already had their fair share of adventures. The participants left Chennai early on Day 3 heading to the former French colony of Puducherry. Day 4 saw them race South to Thanjavur, before turning Northwards on Day 4 to the hill station of Yercaud in the Eastern Ghats. Here’s organiser Princely’s review of the Tamilnadu Run Rickshaw Challenge 2016’s past few days! 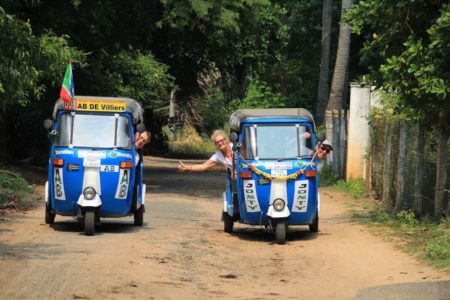 On the morning of the 17th when I reached hotel around 7 am, Team 8, 9 and 10 were already waiting at the hotel lobby. As usual the luggage tags were distributed and they tagged their bags and went for breakfast. All the teams had arrived by 7.30 am. The roundtable members joined us at 7.45 am to do the flag off. The briefing was given at 8 am and all the teams were briefed about the road condition, day’s activity and about the base hotel. Then the Roundtablers introduced themselves and spoke about their projects. Finally the teams were flagged off at 8.30 am. Whaav! Most of the teams had nice costumes and some of the teams had done nice makeovers for the vehicle. A special mention to Team 4 (Neruppu Da) for their makeover in honour of recent hit Tamil movie Kabali. The Luggage truck left immediately and the support waited for an hour before they left. I managed to start around the same time when the support team started. When I closed in for the first activity challenge at Sadras Dutch fort I could see 4 to 5 teams either leaving plus some on their way to the fort. 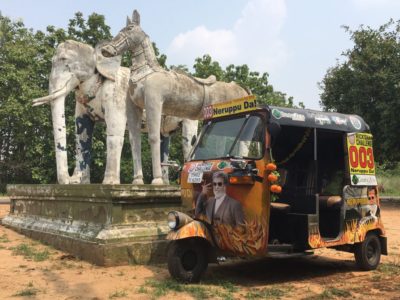 When I was closing in for the second activity challenge, I received a call from Team 5 who had run out of petrol.  I helped them organize and they got back on road.  The rest of the day went by without any calls and all the teams arrived in the hotel well on time. Team 8 came and told us about the their experience of flat tires and how locals had helped them. Most of the teams planned their own evenings and I met few of them in the beach walking. The day was almost full moon and the moon was rising on the horizon at around 7.30 pm: it was a beautiful sight for an enjoyable walk in the beach side. 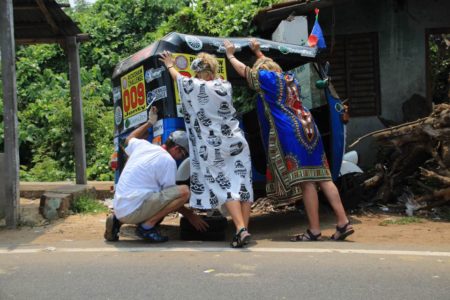 The early birds of team 10 – the Contemporary nomads – were there before I came to lobby at 7 am. Well within half an hour all the teams dropped their bags and went for breakfast. Being a long day with narrow roads, I had warned the teams to keep up their time on an activity packed day. The first call came from Team 10 at around 12.30 am and they were closing in on the Vaitheeswaran Koil activity. The service team took no time as they were close and the problem was sorted out. At Vaitheeswaran Koil I met Team 7 and Team 5. The rest of the day went without any problem. All teams came to Tanjavur right on time and most of them jumped in to the pool of the base hotel Parisutham. Team 6 Rayan went on a drinking spree and had to sleep out of their room as it got locked. This he told me when I met him the next morning… 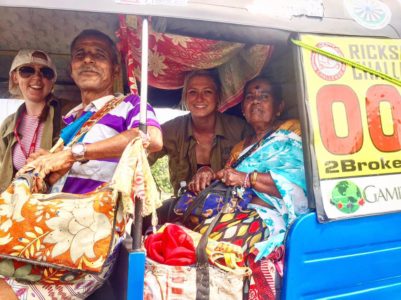 Driving to a small hill station, Yercaud, was the agenda for the day. The teams were tasked with a photo challenge. Team 4 and Team 10 left early to avoid excess heat and traffic. But things did not go according to the plan. Team 4 had a break down just before Tiruchi. They lost lot of time but got back on road before the service team could reach them. Rest was all smooth until I got the call from the luggage truck. We realised we had given a wrong address for the hotel. They we took some correction measure through message and facebook.  Team 2 had some break down before a place called Musuri and it was set right by our service team.  The first team to arrive in the base hotel was Team 4 and one by one all of them came with the last team arriving at 6.30 pm.  Few of them claimed the different road (Google mistake). Team 11 missed the hotel and went to the wrong address, but came back to the right address eventually. This meant everyone was accounted for and ready to continue the Tamilnadu Run the next morning!