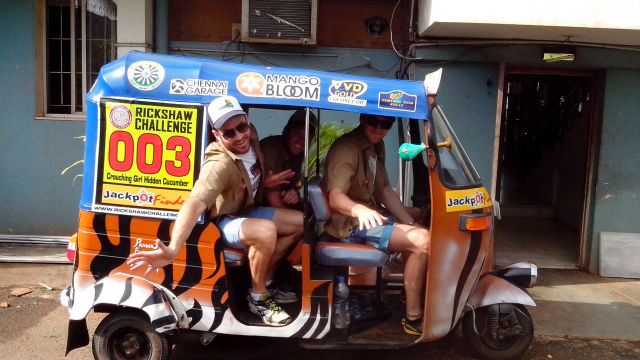 The Deccan Odyssey 2014 has kicked off on 14 June, running a length of 1,110km from Panaji to Mumbai.
A bunch of adventure enthusiasts are currently riding up South India in a three-wheeled vehicle with the horse power of a lawnmower, not to mentioned during the height of the great Indian summer monsoon.
Crazy, adventurous, masochistic or just down right stupid? You tell us! Or perhaps it’s because riding a pimped out rickshaw in the rain is seriously fun!

So what’s it all about then? 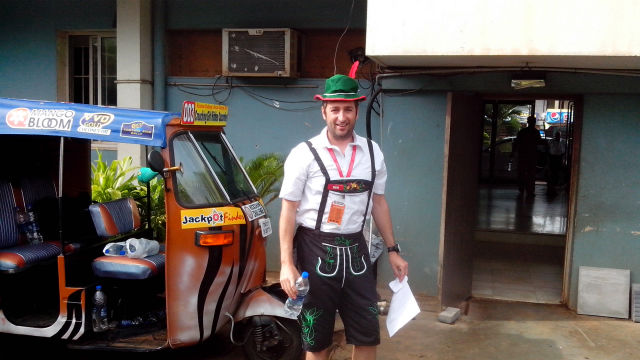 The Deccan Odyssey kicked off on the beaches of Goa, and will take our racers through Indian history, by magnificent forts and palaces and cave systems.
Seven days of the nine-day event will actually be spent on the road, and our teams are already in motion. Day one and two are just getting all the usual registration and briefs ready for the trip, and learning how to drive the great beast.
Despite the Monsoon already wrecking havoc, nothing dampened the spirit of the Challengers, even if they got soaked themselves.
So far everything is fairing well, and day two the teams got to chill out and check out the events in Panaji before rocketing off in their ‘shaws.

Yesterday, the teams left Goa and headed off to Belgaum, based in the State of Karnataka. They will then rattle their rickshaws and toot their horns over to Kohlhapur, before going to India’s eighth largest city, Pune.
From Pune, our challengers will dive deep into the India’s culture in Aurangabad, a city famed for its medieval monuments. The team will take a break from their rickshaws, and go and visit the Ellora caves, which date back to the 5th and 10th centuries, and are now UNESCO World Heritage Sites.
Once the teams have rested and got cultured, time to hit the road again to the town of Nasik for more temples and culture, and then finally one more 200km jolt to the city of Mumbai for the end of the challenge, where we expect to party hard!
Rickshaws are pretty darn unpredictable vehicles, so it’s likely that one of the wheels may come off in the middle of the Indian countryside in the middle of a downpour, so we’re prepared not to be far too behind with help.
Teams on the deluxe package can call our Service Car and we can come and sort out any issues. We also have a medical team on stand by should you need them too. We actually have a list of services we offer on the Rickshaw Challenge, cause we know riding a rickshaw for 1000 of miles is hard enough as it is. 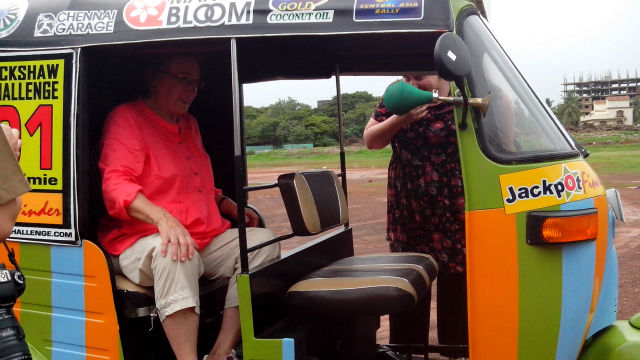