The final day of the Malabar Rampage 2018. 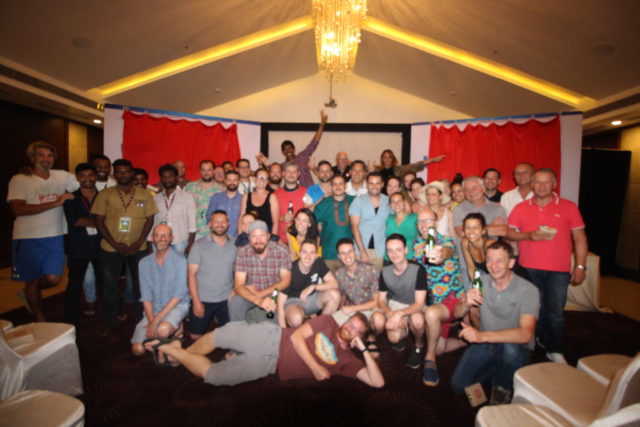 It had been a late night but teams were up early to make the most of the final day of the Malabar Rampage. It’s always sad to say goodbye to a Rickshaw Challenge, but everyone was excited to reach the golden sands on Goa. However, for some teams it wasn’t as easy as they might have hoped…
p.s. we know that the above photo is blurry; the photographer was drunk. 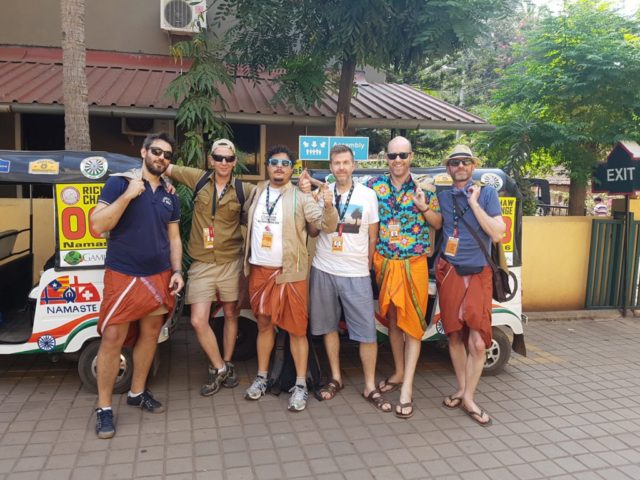 The most important task on the final day: get the perfect photos of your team, and rickshaws, to remember the event by! 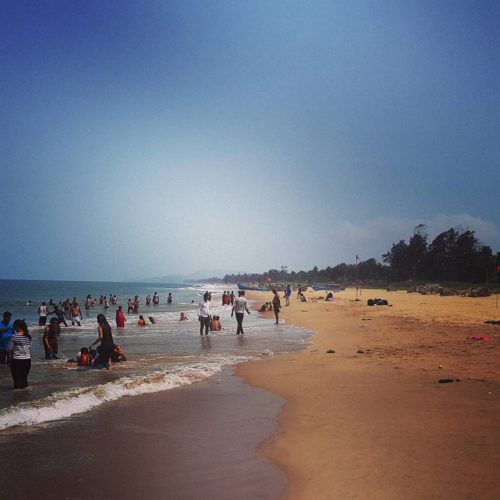 Before Goa, Gokarna. This beach in Karnataka was the perfect spot for some rest, some lunch, and maybe a quick dip. 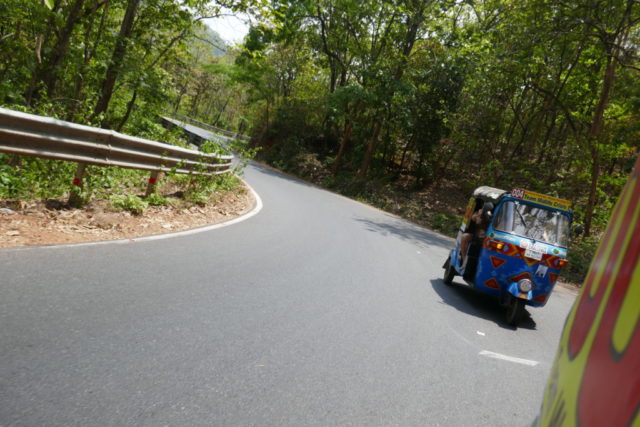 After a week of learning the ropes, teams were now rickshaw experts. The hilly route made for a great challenge, with lots of chances (gladly taken) for adventurous overtaking. 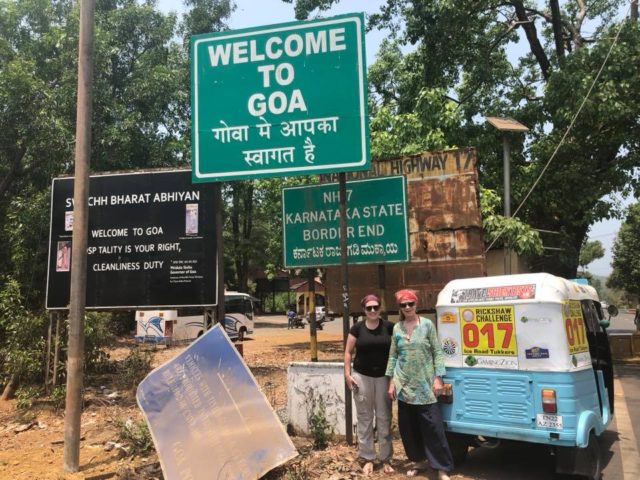 And we made it to Goa! Here are Team Ice Road Truckers, who would later receive the Charity award. 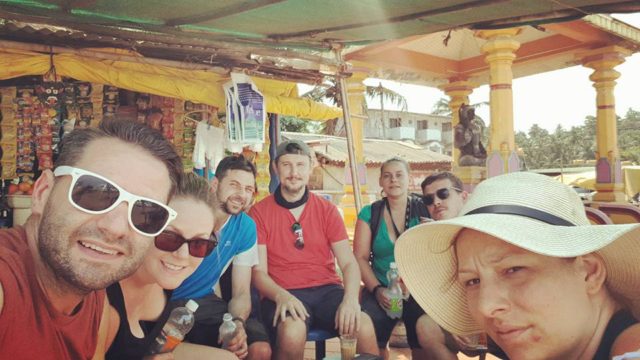 Some teams made it to the hotel nice and early. As ever, though, the Outlaws were in trouble. One of their rickshaws needed an entirely new engine. For a while, we wondered if they’d even make it. Miraculously they did; and, best of all, not even in last place… 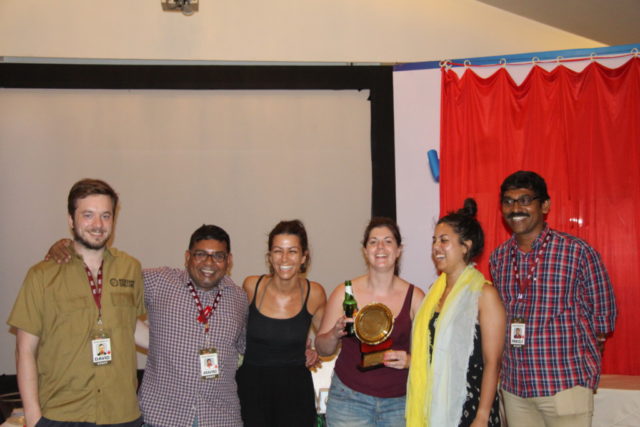 The girls from Tuktukarama had been some of the day’s earliest risers, and had ‘decorated’ the rickshaws of Team Midlife Crisis. Karma paid them back, and in some style, though, as their first serious breakdowns of the week hit them not far from the finish line. They arrived 3 hours late, but they were quickly compensated when awarded the Bonkers Trophy. 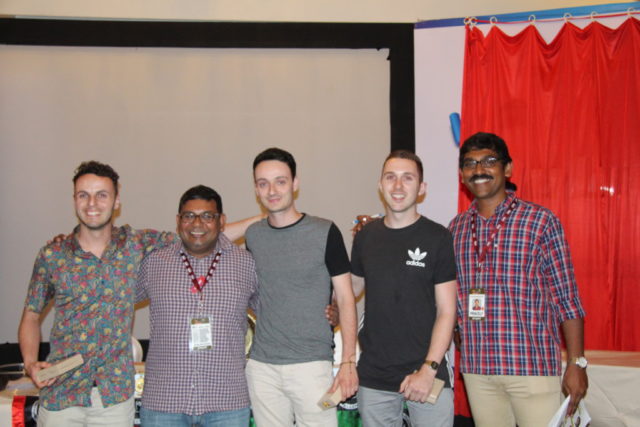 Finally, when everyone had arrived, it was time for speeches, beers, and the final ceremony. Mostly importantly, the event winners were announced: The Tukkle Brothers, and it was richly deserved win. Afterwards, many of the teams went to explore the famous Anjuna night market — before a night celebrating the end of a great event. Till next year!