The Malabar Rampage 2018 has begun. It doesn’t seem long since the Malabar Rampage Rickshaw Challenge 2017, now a whole year ago. This Rickshaw Challenge is always one of the most popular (understandably so, in such an incredible area of the country) and the three months since the Classic Run couldn’t pass quickly enough. Finally, we’re here, and so are a great bunch of novices, ready to hit the road and explore. Training day was a great success, and we even managed to fit in a celebration (or two)… 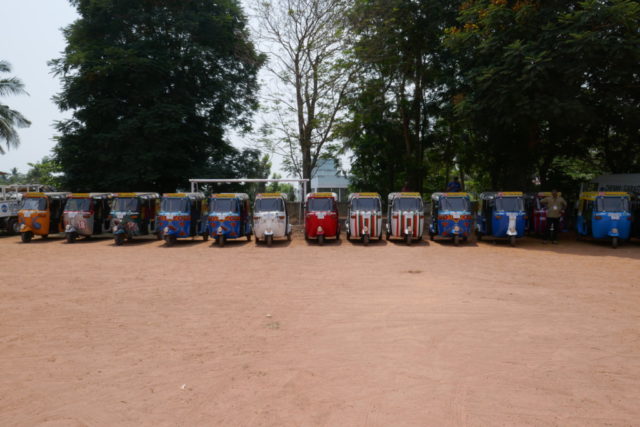 Forty-seven participants, from all across the world. Eighteen teams, of all ages. Driving rickshaws all the way from Trivandrum, near India’s Southern tip, to Goa, over a thousand kilometers further North. And nobody has driven a rickshaw before. It sounds crazy, and it is. But that’s what we’re going to do, and from all the signs so far… it’s going to be a great trip. 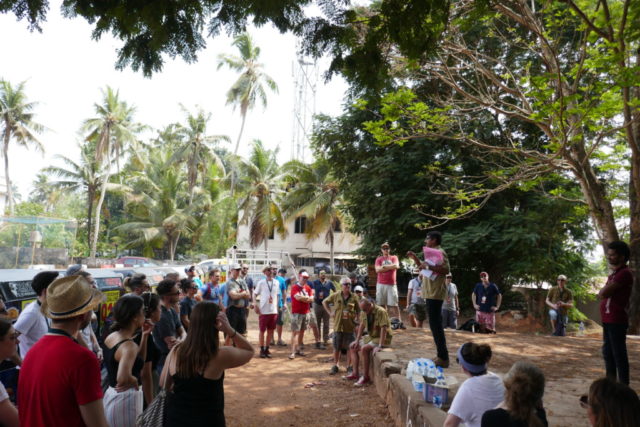 The trip is led by Princely, a veteran of these events, and the teams’ first job was to listen carefully as he explained everything participants need to know about driving in India, from the state of the roads (“We don’t drive on the left, we drive on what’s left“) to what to do when Google Maps fails (“In rural areas the people are the map”). He also introduced the Chennai Garage guys, who’ll be travelling with the rally and sorting any vehicle issues along the way. 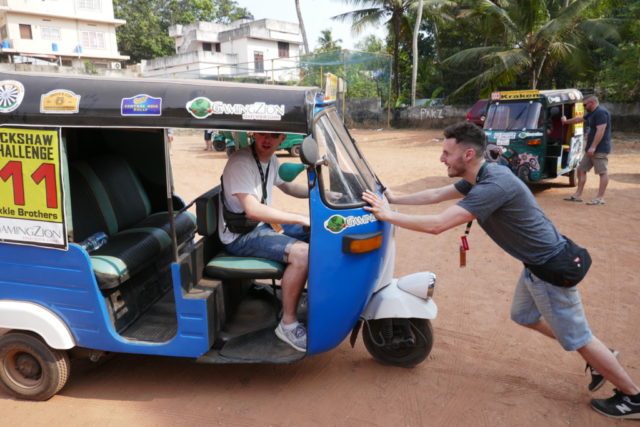 And suddenly, it was time to drive. Some took to it like ducks to water, and others took a little while to get used to the controls. There were many false starts and puzzled stares, but soon enough teams were racing around the practice ground and dizzying speed. 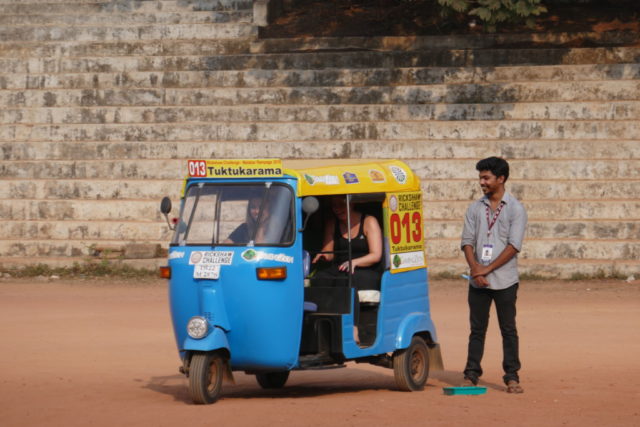 Before teams were allowed to drive on their own, there was an important test to complete. Participants have to be able to get the rickshaw going from a standing start, within ten seconds — already a long time to wait in Indian traffic. So, teams were instructed to drive a few metres, stop their vehicle, and then switch drivers, before starting again. It took a few repeat attempts — but before long, everybody passed! Princely, in private, noted that this group seemed unusually competent, to the extent that they might get cocky… but the mayhem of Indian roads will quickly see to that.

They Grow Up So Fast! 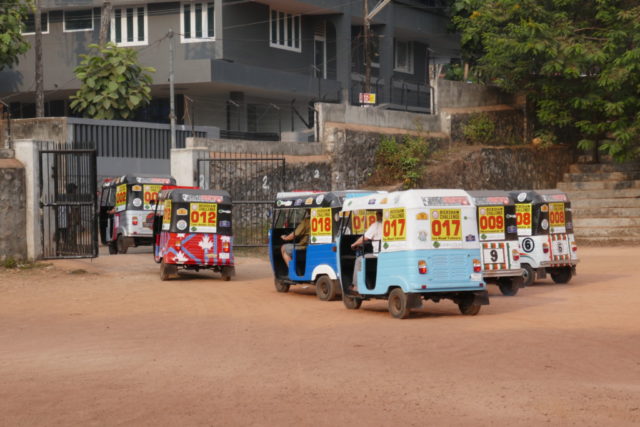 It was then revealed that we’d be meeting back at the hotel, but teams had to drive there first, also stopping for petrol on the way. Some teams managed this with relative ease, while others had a touch of vehicle trouble. Unlucky Team 6 “The Cupid Stunts”, who had only landed an hour before we met up in the morning, broke down three times, and needed some assistance. However, everyone made it back to the hotel eventually, well in time for welcome drinks.

A Double Birthday… Sort Of 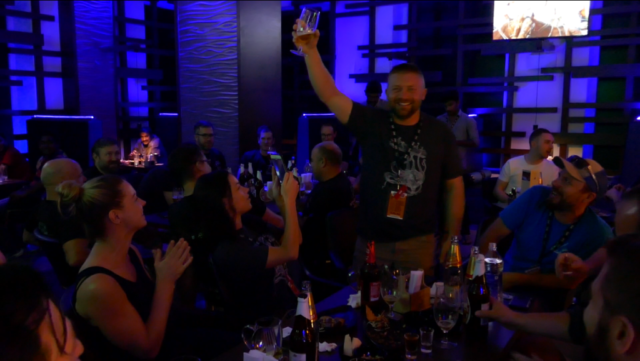 It turned out that there was more to celebrate than the start of our adventure: it was also the birthday of Ian, in Team 3 “Kraken”. And so, as you’d expect, we all sang happy birthday and he gave a little speech. But then, half an hour later, a cake was delivered to his table, and so we all sang again, and Ian was polite enough to say another few words. In a weird side-note, the hotel had earlier that day delivered to his room a different cake, reading “sorry”, but he had no idea what they were apologising for; he forgave them anyway. All in all it was a great day, and the welcome party provided the perfect opportunity to relax with a few beers, as Day 2 had no activities scheduled until a positively luxurious 11:30am!