The Rickshaw Challenge Classic Run continued on Days 3 and 4, as participants left Pondicherry for Thanjavur, then headed to Madurai to celebrate New Year’s Eve! 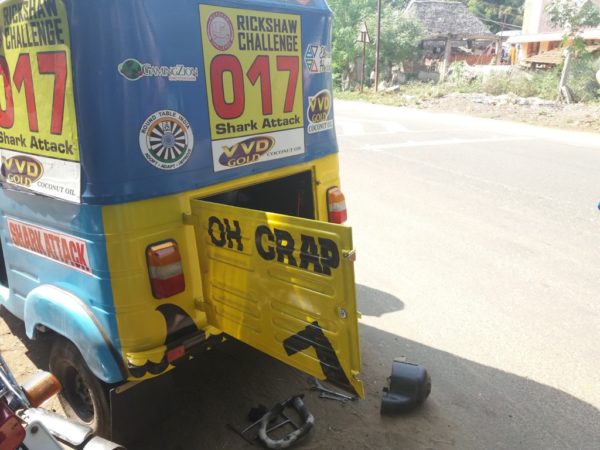 After the learning and excitement of the first two days the Rickshaw Challenge Classic Run 2017 kept up its pace on Days 3 and 4, December 30th and 31st. Leaving charming Pondicherry, the next stop was the impressive Thanjavur, a cultural and architectural hub in Tamil Nadu. And before the year was done the participants ended up in Madurai, the wonderful temple city which is home to some of South India’s most impressive temples.

The Classic Run Gives Back 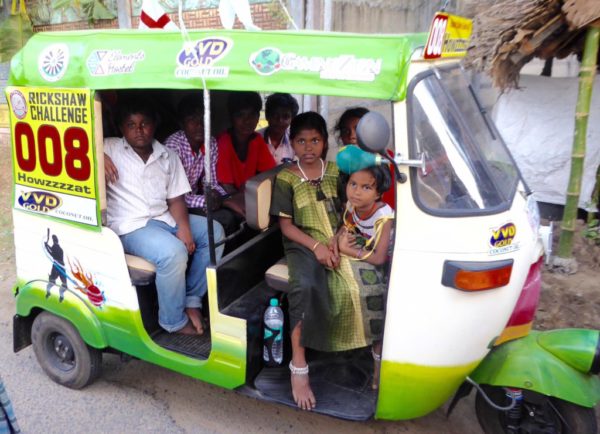 Morning with a visit to a school for hearing impaired children in Pondicherry, which is supported by our charity partner Round Table India. The teams gave presents to the kids of all ages, but they were actually more excited about letting everybody point out their country of origin on a big map in one of the classrooms, which brought a big smile on their faces.Team The Cock and Pullet are still going strong in their full body chicken costumes: we are sincerely impressed! There are several other teams who are still putting in the effort, despite seeming to be glued with sweat to their costumes by now! 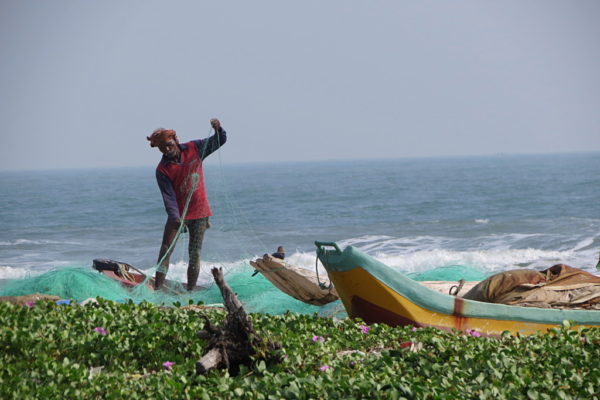 Today’s schedule planned a temple visit for the teams, but before getting all spiritual, first a quick visit to Silver Sand Beach in Cuddalore, where the teams could watch fishermen at work. Then we headed to Airvatesvara Temple, dating back to the 12th century, a small detour from the route, but definitely worth it. The temple is entered through a small basin filled with water and as the complex has been compared temples of Angkor it’s certainly a worthwhile sight to see. The evening was either spent shopping for sarees or in the hotel pool – a tough decision to make! 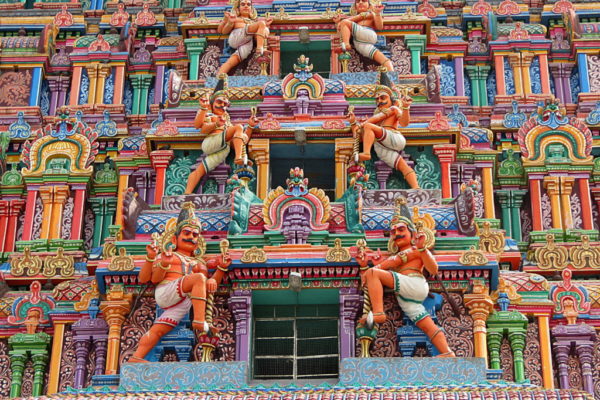 The next day, the Rickshaw Challenge Classic Run was featured on the local TV and the teams used the opportunity to deliver an important message: If you see us on the street, stay away from us, because we don’t know what we are doing! Despite this little handicap, the teams managed to visit the Brihadeeshwara Temple in Thanjavur, one of the 3 great living Chola temples and a UNESCO world heritage site, rather impressive in its size and details. Team Shark Attack had the luck of breaking down in about 50 m distance from a local garage, and thanks to the talented locals were sent back on the road in no time for an incredibly low price. 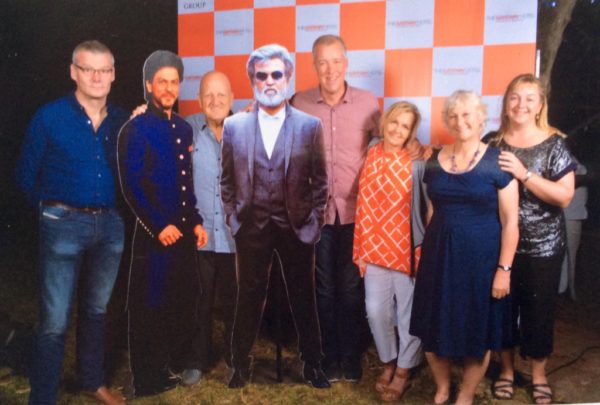 At Thirumayam Fort one of the toughest challenges till now was waiting for the teams: climbing to the top and counting all the cannon balls they could find there! (We’re gonna tell you a secret: there are none. Some of the guys are probably still there, looking, searching…).  New Year’s Eve meant a sumptuous party at the Taj Hotel in Madurai – as far as we can remember…

Happy new year to everybody! Stay tuned for the first adventures of 2017!