A tuk tuk challenge, organised with the help of the Travel Scientists, is taking place this week in Southern India, raising funds for Food For Life Vrindavan. 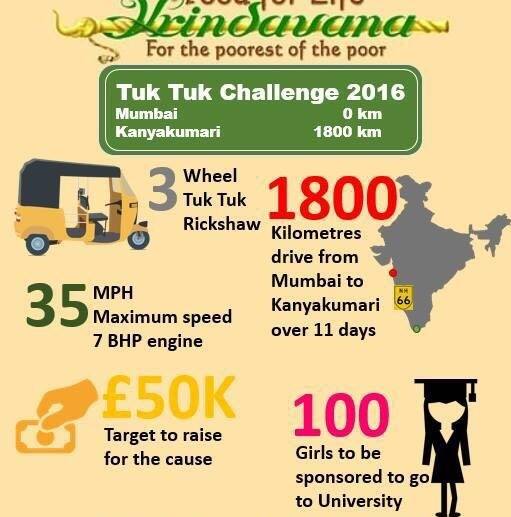 With the support of Bollywood star Vivek Oberoi, the brand ambassador of Food for Life Vrindavan, the rally was launched at an official press conference in Mumbai last Saturday. Though not participating in the rally himself, Oberoi spoke about the importance of charitable work. He was among several of the participants of the rally, including Rupa Raghunath Das, the founder of FFLV. His charity aims to empower girls living in the rural Uttar Pradesh region: money raised goes toward ending child marriage, preventing child prostitution, and helping girls get an education.

In addition to Rupa Raghunath Das, the charity rally has impressive field of varied backgrounds, all eager to help the charity and to explore the Malabar Coast! Participants include British actor Ravin Ganatra, Indian actress Aarti Khetarpal and renowned hairdresser David Jameli. Irish filmmaker Ravinol Chambers is taking part in the rally while at the same time filming a documentary about the event, and the plight of girls in India. 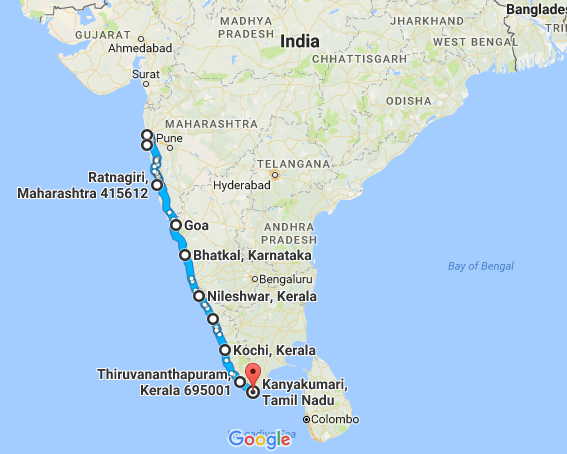 Though a challenging distance, the rally travels down the beautiful and varied Malabar Coast, which also features on the Malabar Rampage and Mumbai Xpress Rickshaw Challenges. The route passes the famous beaches of Goa and through Kerala, with its delicious cuisine, as the event heads towards its final destination of Kanyakumari in Southern Tamilnadu. It’s not just a race: along the way participants are required to carry out weird and wonderful challenges.

If the FFLV tuk tuk challenge has inspired you, why not participate in a Rickshaw Challenge yourself. On the Malabar Rampage and Mumbai Xpress you’ll see the same incredible Malabar Coast. However, if you can’t wait till next year, the Classic Run, a ten-day rickshaw adventure from Chennai to Trivandrum, is scheduled for December 28th. You’ll race 1000km through magical Tamilnadu, ending up in the deep South of India. Alternatively, if you want to organise a private event yourself, the Travel Scientists are always available to help!