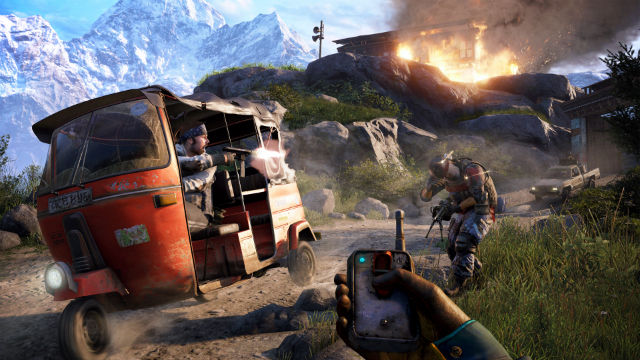 So with Far Cry 4 set to be released this november 18th Ubisoft asked me to turn driving a tuk tuk and shooting (something you can do in the game) into a reality so what fool would i be to turn down being paid to create such an experiance. So armed with someone elses cash i bought a Tuk of ebay and thought they need to spend some money on some power as if you going to shoot from this thing you need to be able to keep up with what ever your chaseing and with a normal top speed of 40mph i took pride in buying a CBR600 to boost performace, its also more fun when its not your cash hehe.
The TUK600 the most insane tuk tuk rickshaw ever created or even imagined. Check it drift,light up the rears, shoot, wheelie and donut while spitting 15ft flames in fact just writing that sentence make me realise what a bad ass machine this is.