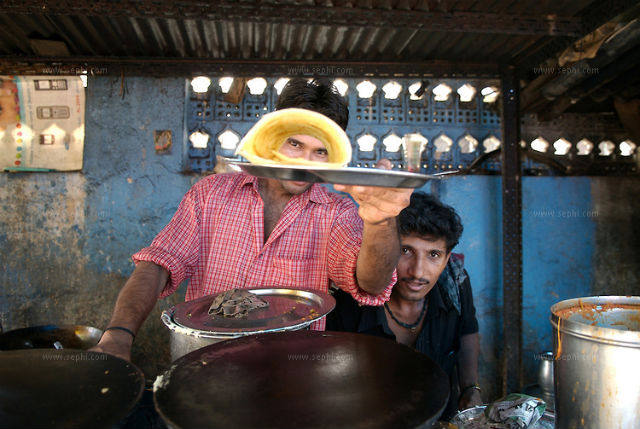 Spicy curries, ancient temples and lively crowds – what makes South India so special when compared with the rest of the Indian sub-continent?
South India’s Dravidian culture differs from the Indo-European one in the north, complete with its own architecture, culture and attitude. But South India has more than just cultural incentives to pull the crowds in, so we’re going to give you seven reasons you should travel in South India.

The state of Tamil Nadu dominates India when it comes to temples. The Ancient Madruai in Tamil Nadu is home to one of India’s most impressive structures – the Meenakshi Temple, which covers 15 acres, with over 4500 pillars and 12
towers.
Other South Indian temples that should make your bucket list include Thanjavur, Kumbakonam, Rameshwaram and Chidambaram. You’ll also find the largest temple in India, Tiruchirappalli, dedicated to lord Vishnu, measures up to 156 acres, where the main tower is 73 meters high, making it the second tallest temple in Asia.

With Goa and Kerala in the area, South India wins when it comes to India’s best beaches and one of the best in the area is Varkala beach, which lies about an hour north of Kerala.
Palolem Beach in south Goa ticks all the boxes for the ideal beach, with its thick forest of coconut palms and golden sands. Easily Goa’s most beautiful beach, but for those who want more action, then head up north to Baga Beach.
For travelers who prefer going off the beaten track, then check out Marari Beach near Kerala, is quiet and underdeveloped.
But if you’re stuck in Chennai, have no fear, you’ve got plenty of amazing beaches nearby. Mahabalipuram is a good choice, especially since it comes complete with its own shore temple!

South India’s hot and humid climate influences its food, since there is a fresh supply of fruit, vegetables and rice. Like the weather, Southern Indian cuisine is fiery, and often centered around rice and served up with coconut based chutneys.
You’ll find a rich selection of seafood dishes, particularly round Kerala, along with nutty and fruity tastes and textures from Hyderabad.
Rice plays a huge part in Southern Indian cuisine, with Idlis, steamed cakes made from rice batter, Dosas or Uttapams, pancakes from rice and lentil flour, and Daals, curried lentils dominate the cuisine.

India has some of the most beautiful countryside in the world, and fortunately for us, most of which is preserved since there are over 80 national parks in India.
Bandipur National Park in Tamil Nadu is listed as a potential UNESCO World Heritage Site, known for its wildlife featuring elephants and leopards.
For those who prefer mountains, Eravakulam National Park, another UNESCO candidate, encompasses the Western Ghats Mountain Range. In the Idukki district of Kerala, this park boasts some impressive animal residents, from jungle cats to gaurs.

Coffee is a big part of South Indian culture, and the filter coffee made in the region is particularly unique, with coffee beans grown in the hills in Karnataka, Tamil Nadu and Kerala.
The coffee is then brewed with a metal device resembling two cylindrical cups, where the upper cup is loaded with a mix of fresh ground coffee and chicory. The grounds are compressed and boiling water is poured inside and the coffee drips through.
South Indian coffee is very strong and often served with boiling milk and preferred amount of sugar. It has become a cultural icon in the region and a must have.

7. A Taste of Adventure

If you’re looking for adventure, than look no further. You can do water sports in Goa if you want some watery fun, but if you want something crazy and memorable, then do some Auto Rickshaw Rampaging.
Get to see a different side of South India, from its countryside, culture, food, contribute to charity – all while driving a whacky three-wheeled rickshaw across India. If you’re interested in getting involved, check out our tours here on the Rickshaw Challenge.