The second half of the Tamilnadu Run 2018.

After a successful weekend of practice and first day on the road, the Tamilnadu Run had more exploring to do. Here is Princely’s final Rickshaw Challenge report until the Classic Run begins in more than two months! 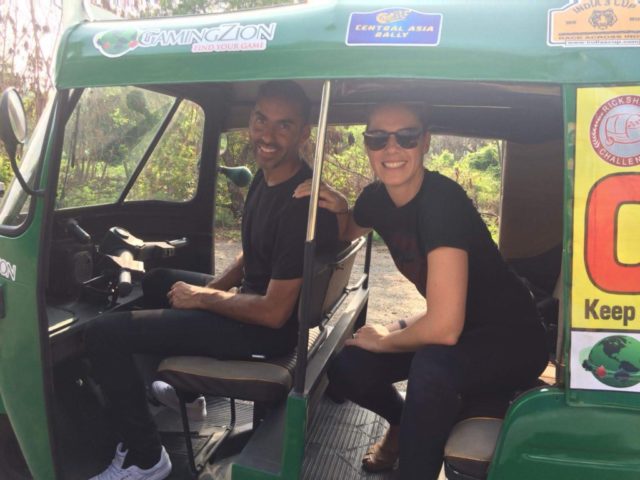 On the Pondicherry morning we had briefing at 8 am on the dot. Being long distance and with bad roads to navigate, I warned all the tree teams beforehand. As expected the teams immediately started and left. As we had a beach spot in Cuddalore town as a challenge for the day, I instructed the mechanic team to get the detour and check whether any team is there on the spot. So by the time the Mechanic team called up, it was 10 am. By the word of the shop keeper there we got the information that two teams came to the beach and left. Then the mechanic team was in hot pursuit to catch them before the next town called Chidambaram. But no, the mechanics could not catch the teams there. 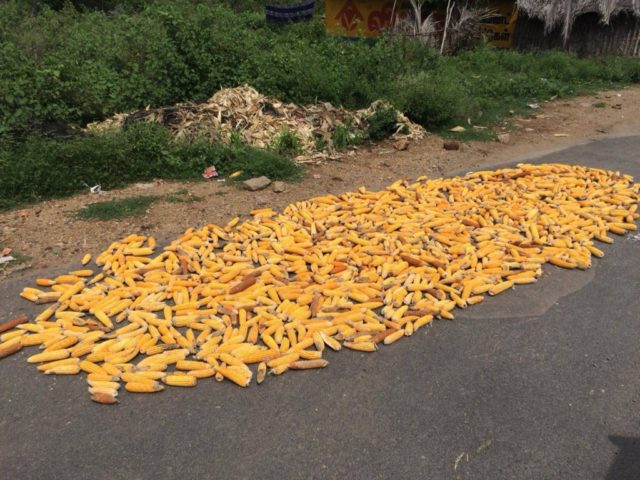 In our day sheet we had marked a lunch recommendation at Puthur, called Jayaram mess, and known for its good fish. I reached the place at 12.30 pm and within half an hour all the teams arrived. Oh what a site to watch 6 foreigners having meals at the thatched roof eating spot. It was a show of amusement to the locals and the serving team there was super exited and they were asking them whether the spice was ok giving them the very best service. Then it was pretty much a straight drive to Thanjavur. Somewhere after Kumbkonam town the sky got absolute crazy dark. Within five minutes the rain started pelting down heavily. The rain was there until 20 km and when I started approaching Thanjavur the sun started shining brightly again. Teams came in to the hotel around 5.30 pm. The gorgeous looking swimming pool in Tanjavur base hotel become the spot for the teams. Probably they settled there till 10 pm and stories after stories were evident from their roaring sound of laughter.

The Way to Yercaud 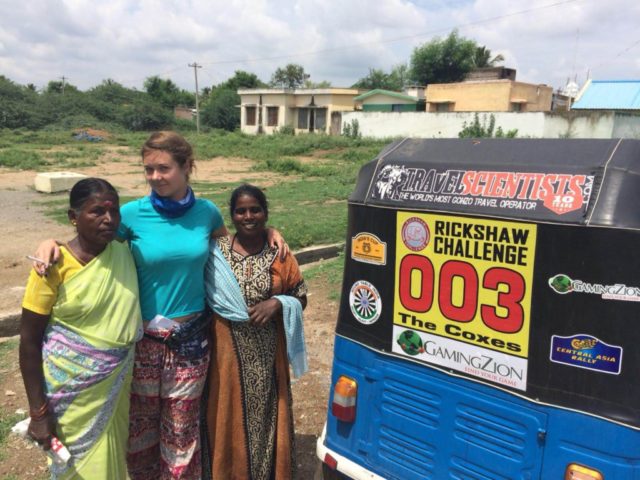 Thanjur morning was again an early morning start. The day drive was a straight drive for me without any call and surprisingly not bumping in to any team for the whole day. I was in Yercaud at 3 pm after a good lunch at the recommended hotel in day sheet called Selvi mess near the Salem new bus stand. All the while the mechanic team could not work out where the teams were. It was around 4.30 pm the mechanic team reached the foot hills of Yercaud and started waiting. Till 5 pm there was no trace of teams. Then I messaged the teams to know about the where about. Then I hurried them by warning them about the last stretch will take about an hour and half and to start immediately to claim the hills. Still Team 1 made it to the foot hills at around 5.45 pm. Then the mechanics tailed them. The first team to reach the base hotel was Team 2 ‘Keep Karma and Carry Omm’ and it was 6 pm. The next team was team 3 ‘The Coxes’ to reach the hotel and they came at around 6.30 pm. It became pitch dark. Team 1 ‘One-Eyed Wonder weasels’ had tough time driving the hill in the dark. They had to literally push the vehicle a couple of times and Darrell refused to take the mechanic help as he wants the full credit to doing it by himself. Yeh! They did it. It was around 7 pm that they made it to the hotel. The lit up Salem view from the hills was amazing. And the bar was occupied only with the three teams bragging about the drive on few beers and cocktails.

Lazy Day to the Holy City of Tiruvanamalai 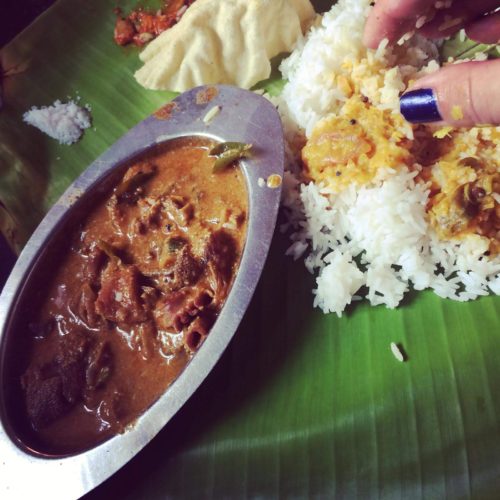 Yercaud morning was misty. Being a hill station the life comes alive only after 8 in the spot. I was ready at 7.30 am and came to the reception. Arun the Chennai garage leader of mechanic team came there as well. It was Darrell who came at 7.45 there. Dropping his bags checking his vehicle he went for the breakfast and it was not ready. It was 8 am that they started the breakfast spread at the base hotel. The briefing was held at 8.30 am and the teams immediately left to the next destination. The routes were discussed and the challenge was explained to them. That was absolutely a no-nonsense day and I crossed the teams at Uthangarai a town before 60 km to the destination. The base hotel had many activities, most notably milking a cow. David Smith of Team 2 ‘Keep Karma and carry on’ had his fortune checked by a parrot. Thus the non-eventful day came to an end in a village set up resort in Thiuvanamalai.

The last day drive started early at 8 am from Tiruvanamalai. Some of the teams visited the amazing temple complex which is considered huge in Indian standards of temple. Then the teams did the Chengi fort before catching the main highway to Chennai. The recommended hotel for the lunch in Thindivanam was visited by two teams except team no.2. The mechanics had no clue till the finish of the day where these teams were. About 80 km before Chennai the rain showed a sign of scare. I had to drive slow and I could only imagine those three wheeled open-ventilated rickshaw. They would have had a tough time negotiating that for sure. My family had bid goodbye to the teams that morning as the plan was to drop them home before I concluded the rally at the base hotel and then washing down at the flag off planed at Elements hostel. All the 3 teams made it well in time and at 7.30 pm we had the finish ceremony at our Elements hostel. 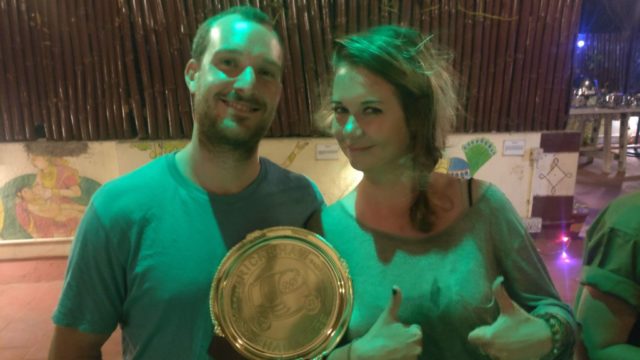 At the finish, I heard a lot of interesting stories from the team about their fuelling experiences. Many head wobbles, fewer suggestions to light up the activities. Team 2 knocked a two wheeler when they tried reversing and paid 300 rupees for the damage. Alesha of Team 1 is a safety inspector in Canada who mainly inspects building sites. She was amazed by the absolute violation of safety measures in India. Life of the working class in India is taken for granted and I pacified her by my silly statement of citing the population as the reason. One or two life sacrifice is ok for the most densely populated country in the world. That was definitely a tongue in cheek statement which took the serious concern to a laughing material. I was also amused to learn the the meaning of the team name ‘One-eyed wonder Weasels’. The Champions were decided by the makeover and Team 3 ‘The coxes’ were awarded for their Halloween theme make over. Such came the end to all exciting Tamilnadu Run 2018. See you for another adventure soon. Until then its ‘bye’ from me and the entire team.