The Mumbai Xpress Rickshaw Challenge 2017 is off to a great start. 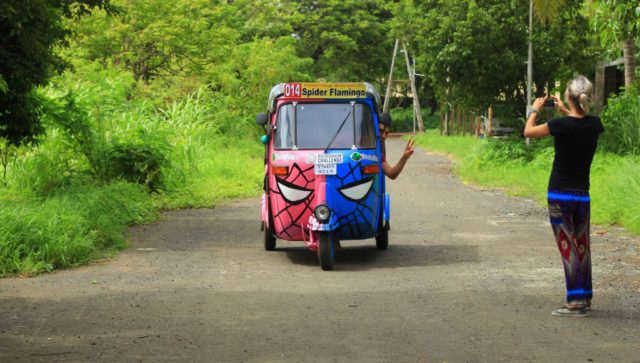 Another August means another Mumbai Xpress Rickshaw Challenge, which crosses Southern India from Mumbai to Chennai. It’s the longest rickshaw challenge, and there’s so much to see. With such a distance to travel, it’s important that participants get their rickshaw driving skills up to scratch. The first day was dedicated to practice, which is always a lot of fun. Here’s a recap from the main event organiser, Princely:

Good Times from the Start 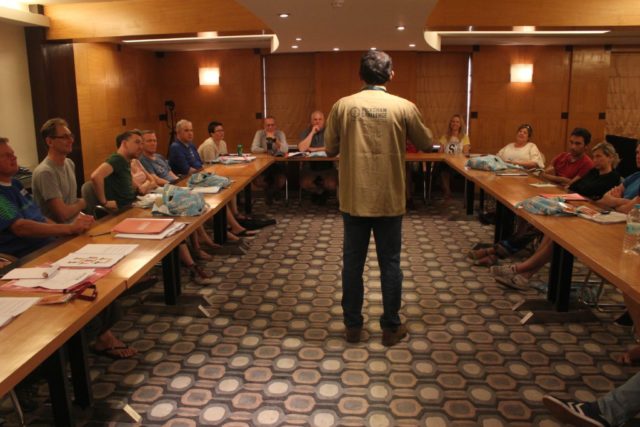 Good times start from the beginning. It was bright day; surprisingly the monsoon in Mumbai stopped as if it does not want to interfere in the start of the rally. As I walked in to the base hotel (Sun N Sand), looking for participants, I met Michel Day of team no. 1, and surprisingly he had done the same rally two years back. This time he has a different partner but the same team name. With a happy note of satisfied customer the registration of Mumbai Xpress began. 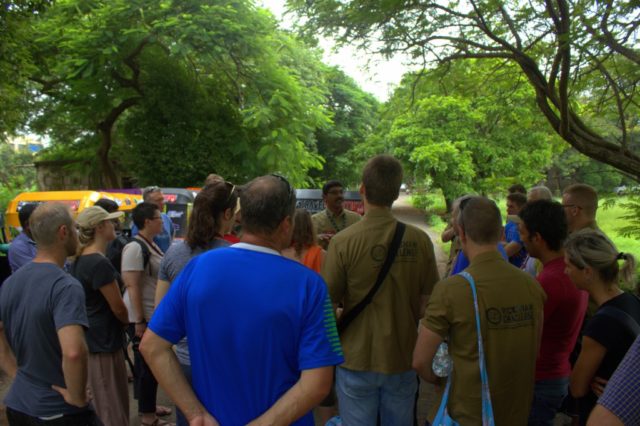 Then came the time for briefing. The briefing is all about preparing the participants to face the worst. They were reminded that it was their vacation and that they should turn their mind to smile mode. A couple of past experiences were shared with them to make them prepared to face all situations. With a quick introduction of the organization team and how the rickshaw challenge originated, we moved to the next part and the most important part of initiation, driving practice. As scheduled, the practice session started at 2 pm.

Getting in the Rickshaws 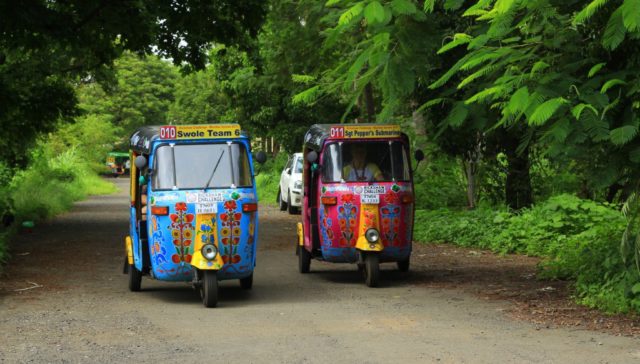 All the teams were introduced to the rickshaws and the fuel mixture tips were shared with them. Once done all the teams had their initial feel of rickshaw and driven them around. Team 5 had the first problem when they broke the kicker. Then team 13 followed with same problem in Kicker. Probably they had used all the power to start the engines. After an hour of continuous driving teams were called again and given the “stop, start” exercise. The next hour was spent on that and finally we tested all the teams on the timing. Finally the hour of hitting the road had come and all were excited for that movement. Teams were asked to fill petrol first and then to the parking in base hotel. 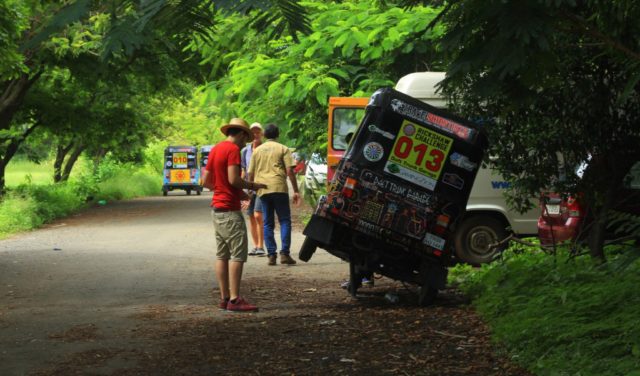 Team 5 had some issues with the clutch and they were the first call for service. With in no time the service team attended the problem and it was set all right. The same team had issue finding oil in the fuel station. Finally all the things are sorted out and all the teams settled before 6 PM in the parking lot of the base hotel. We all met again at the met at the base hotel reception and walked to the Gringo Bar and Restaurant which is close by. The fellowship get together went well and we winded up early. It was good to see all the teams have a nice time discussing the practice and the drive back to Hotel. The first day came to a good finish and couple of teams visited the local disco bars and had long night. Over all the first day was a great success. 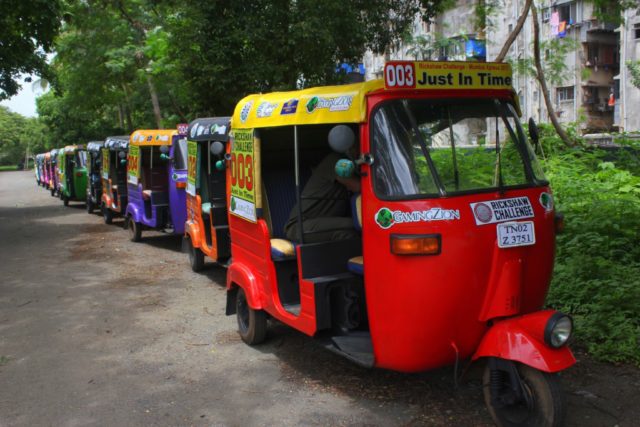 It’s not a competition, and it’s completely okay not to care. But we also love to have teams who put their whole heart into challenges, and so we give them points. At the end of day one, the leading team was Axles of Ignorance with 500 points (with several teams close behind on 400 points). Also, a special mention goes to Team Rickshaw lady, a solo traveler who dared to drive rickshaw all alone to Chennai.