We take a look at the cities along the route of the Malabar Rampage. 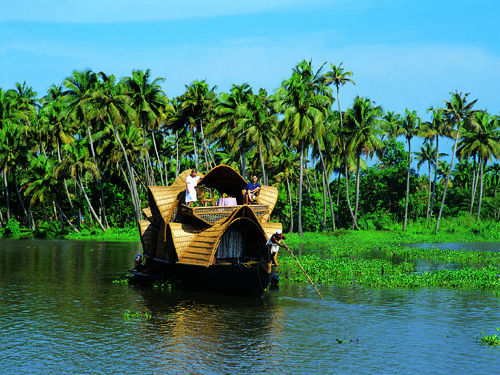 The Malabar Rampage Rickshaw Challenge kicks off on 8th April, with a week of great weather, stunning scenery, and fascinating cities in store. As always with the Rickshaw Challenge it will be a mad week of exploration and entertainment. Through Kerala, Karnataka, and the Union Territory of Goa, this adventure will traverse a gorgeous and compelling part of India. Here’s a guide to the cities that the Malabar Rampage will visit.

Trivandrum, officially named Thiruvananthapuram, is the start city for the Malabar Rampage Rickshaw Challenge. The capital of the beautiful state of Kerala, “God’s own country”, Trivandrum is a great introduction to South Indian city life. It has a great position, locked between hills and the ocean. Formerly a trading center, capitalizing on its position at the very South of the mainland, the city has a long history. While we won’t stay here long, there’s still plenty to see: the area is particularly famous for its beaches. Padmanabhaswamy Temple is essential to visit and the Kowdiar Palace, pictured above, is an impressive architectural feat. There is also a notable zoo, much British colonial architecture, and several interesting museums and galleries. 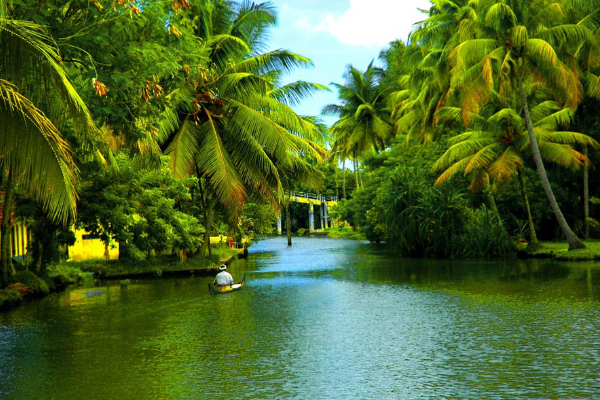 Allappuzah, usually referred to as Alleppey, is known as the “Venice of the East“. This is the heart of Kerala’s famous backwaters, with myriad canals and many hundreds of houseboats. Allappuzah is a natural paradise, with palm-lined waterways, tranquil lakes, and gorgeous beaches. Glimpse authentic village life, where everything is done at a slower pace. This is the ideal place to relax after a hectic day on a rickshaw. Take a boat tour, visit one one of the many temples, or try the region’s famously spicy cuisine.

Kozhikode, usually referred to as Calicut, is the largest city of Northern Kerala. This is a city with a proud history: in ancient times it was known as “city of spices” for its role as a trading hub. It was ruled by several external powers, and it was here that Vasco de Gama landed in 1498, followed in subsequent decades by the English, French, and Dutch. It’s still a thriving trading city, and was recently ranked as the second best city in India in which to live. Part of Calicut’s appeal is it’s sensational location on the Indian ocean, with several beaches and a picturesque waterfront, pictured above. Not far out of town you can find several attractive waterfalls not far from town, and only a little further, the stunning Wayanad hills. 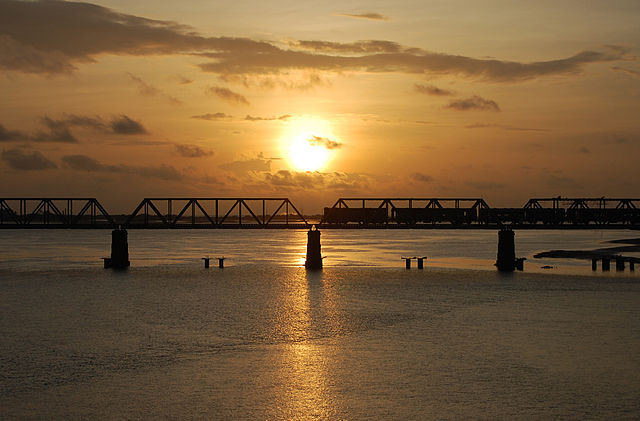 Mangalore (also known as Mangaluru) is another port city, with a long trading history. Trade is still important today, and its growing economy makes it one of the fastest developing cities in India, and increasingly cosmopolitan. This makes for a fascinating combination: the city is a mix of fast-paced business and relaxed coastal attitudes. It’s in the state of Karnataka, which covers much of Southern India and is regarded as having some of the best food of the sub-continent: be sure to try the seafood. Look out for coconut palms, chilled-out beaches, and fabulous temples.

Mudureshwara is a pilgrimage town, and offers an insight into India’s religious life. It contains the world’s second largest statue of Shiva, pictured above, towering over the Arabian Sea. The statue is designed to glimmer in the sunlight. Right beside it is Mudureshwara Temple, with an impressive 20-story gopura. Authorities have installed a lift taking visitors to the top floor of the temple, offering a unique view of the Shiva statue. Once you come down, get to the shore: the sunsets here are unforgettable.

Panaji (or Panjim) is the capital of Goa, and well-preserved reminder of the Portuguese influence on India. Impressive white churches, baroque architecture, and an authentic old town make this unlike anywhere else on the continent. Wander around Fontainhas, the Latin quarter, with its cobbled streets, colorfully-painted houses, and old-fashioned taverns. Panaji’s rich history, vibrant culture, and relaxed atmosphere, make it a great place to spend a few days at the end of the rickshaw challenge. Better yet, some of Goa’s most impressive beaches are close by.