Princely gives us the lowdown on a crazy couple of days. 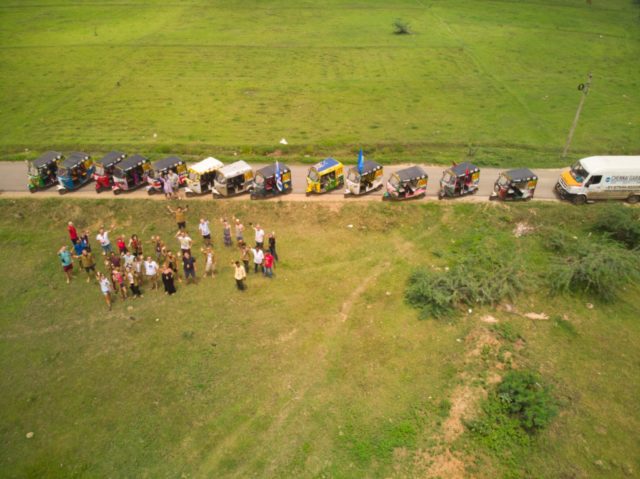 The Mumbai Xpress Rickshaw Challenge 2018 had been a real challenge so far, and days 11 and 12 were no different. Here is Princely’s story:

On Tuesday morning teams were in high spirits, excited about the destination Mysore. However, the rain showed no mercy on Day 12. Little did I realize that it was going to be another roller coaster ride. All started well and teams were doing fantastic. Just before 35 km to Madikeri an in-between spot, there was a road block and the police informed me that the roads were washed away by rain. It all started at that point: it was around 12pm and Mysore was around 85 km. I turned the vehicle and stopped the rickshaws who were all proceeding that way. To my surprise all the teams gathered at a point. Then we had a discussion on which route to take and it was decided by a google recommendation. Subramanya is the name of the place and through that we could get back to Madekeri and continue to Mysore. It was around 30 km from the gathering point. 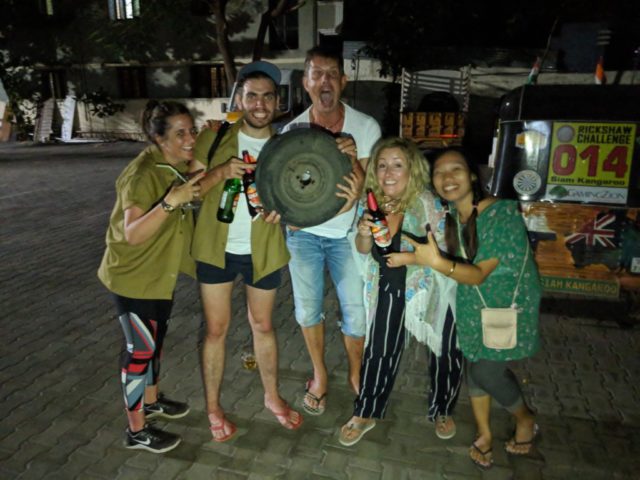 Team 14 Siam Kangaroo had already reached a point where they couldn’t proceed as the water was flowing above a bridge. At that time I decided we should go through Hassan. It meant another drive back of 60 km. Then after getting the highway to Hassan, I saw how the rivers were swelling and the spectacle was being watched by a huge gathering in the villages and towns. By 4 pm, the base team had booked the hotel in Hassan. Within an hour I reached another stumbling block: this time a landslide. As the emergency highway clearance troop was in action the road block was cleared in no time and the vehicles started moving. Then, I lost phone signal, the last thing expected to happen. After facing couple of landslides and heavy traffic I got to Hassan by 9 pm. Luckily the luggage team had taken another route and mysteriously reached hotel before 6 pm. Then it was time for solitaire (not the game), trying to reach the mechanics and seeing the same messages again and again. At around 2 am I got message from Brad Ford of Team 14 that all the teams had crossed the mountains and were staying together. All the teams except 3 teams struck together, worked as team and the person who managed it was Brad. It was 4 am when the teams finally made it to the hotel and rest. Unusually, it was a sober night. The other teams Team 1 , Team 2 and Team 3 stayed in a spot before 9 pm.

I must mention that the Round Table had organized a big day as the 15th morning happen to be the Independence Day of India. Unfortunately that event got cancelled and a day of publicity turned out to be a never published experience which would nevertheless stay in my memory for a long time. On Day 13 teams were expected to drive from Hassan to Banglore. It’s pretty straight forward highway. From the early hours, I started getting messages from the three Danish teams, the ‘Little Big Rikshaw Challenge 1,2& 3. Sille Andersen of Team 2 was the one who was communicating with me. Some suggested routes were closed but they found an interesting route from locals to get out of the Western Ghats. When they fianlly reached destination Banglore it was midnight. The smart guys in fact used trucks to load the rickshaw and drive it to the destination. For the rest of the teams it was a cake walk except the last 40 km in Banglore city. ‘Shat in pants’ was the expression few teams shared about the traffic in Banglore. A nice terrace drink spot served as a tranquilizer shot for the rest of the teams. Some of the teams had friends in Banglore and it was another big night. A team member of Team 7 ‘the Meat Mimosas’, Niall Causer, was bound to leave the next day early morning at 4 am. And teams had a reason to celebrate. Blame it on Niall Causer.